The mayor of London Sadiq Khan has announced that he will extend his ‘small sites, small builders’ initiative with £3.8m of funding over the next 12 months

London CLT was confirmed as the successful bidder for building on sites at Cable Street (Tower Hamlets) and Christchurch Road (Lambeth). The sites will deliver some 75 new homes, all of which will be 100% genuinely and permanently affordable.

The announcement follows a campaign by local groups that are part of national charity Citizens UK, with local organisations such as St-George-in-the-East, Shadwell and The Advocacy Academy of Lambeth Citizens leading the effort.

The CLT homes will be sold at a price set according to average local incomes. The price is based on the principle that no one should spend more than a third of their income on their home, which means the homes cost less than half the price of similar homes on the open market. Residents sign a contract promising to sell on the home at a price linked to incomes in the area.

The Mayor of London, Sadiq Khan, said: “Tackling the housing crisis is complex and will take time, and we must use every tool at our disposal. Making small plots of public land available for housing development is a key part of addressing London’s housing shortage, and the fantastic response to the pilot of my ‘Small Sites, Small Builders’ programme has shown that these small sites can be an important way to get new genuinely affordable homes built.

“I am also proud to support community-led housing, and I am pleased that London Community Land Trust will be building 100% affordable housing on their sites in Tower Hamlets and Lambeth, which will make a huge difference to those communities.

“Not only will this programme help to provide the new, genuinely affordable homes that Londoners so desperately need, but it will also reinvigorate our small and medium-sized homebuilders after years of over-reliance on large developers.”

Calum Green, Co-Director of London Community Land Trust, said: “London should be a city for all. To do that, we must build more homes that Londoners can afford. Community Land Trusts are a way for Londoners to play our part in delivering the genuinely and permanently affordable homes that our city desperately needs. These two sites, announced by the Mayor today, will mean over two hundred people will no longer be forced to leave London and can stay in the neighbourhood they call home.”

Darren Keenan, of The Advocacy Academy, local member of Citizens UK, said: “This is the first CLT campaign run and won by young people! Community Land Trusts give us hope that we will be able to live where we grew up and not be priced out of our neighbourhoods. We can’t wait to hand over the keys to families who are able to stay in our community because of today’s announcement. It has been amazing to work with TfL, Citizens UK and The Advocacy Academy to make this dream a reality.” 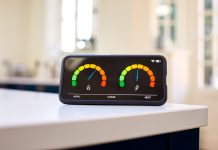 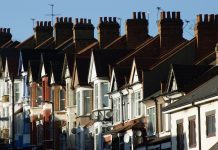