Roger Knight, Head of New Product Development and Engineering for Landscape Protection at Marshalls plc, explains a new approach to protecting pedestrians from errant vehicles mounting pavements without changing the way people feel about a space

In recent years, the UK has seen a number of high-profile incidents which have been caused by drivers losing control of their vehicle and colliding with pedestrians. Last October, a car mounted the pavement outside the Natural History Museum in West London, hitting 11 people. In 2014, a bin lorry collided with Christmas shoppers in Glasgow, killing six and injuring 15 others – the driver had fainted and passed out at the wheel. Some other examples include a vehicle injuring seven children outside a school in Liverpool and six at a supermarket in Manchester.

Each of these incidents involved a car or lorry hitting pedestrians as a result of the driver falling asleep at the wheel, suffering from a medical episode such as a stroke, using a mobile phone or being under the influence of alcohol.

It’s a serious issue and one which has become a priority for the architects and security experts specifying the design and materials for new developments, including schools, hospitals, retail parks and city centre high streets. For example, over 30 people were killed last year as a result of drivers hitting pedestrians because they were distracted by their mobile phones. With the number of vehicle users increasing across the UK, it’s likely that the threat of accidental collisions is going to increase.

Measures are already being developed to address this issue. In recent years, protective products have been built and installed in highly-populated, urban areas to protect people from the threat posed by vehicle-borne terror attacks. As opposed to the steel barriers and concrete blocks that have been installed in several UK cities, including Edinburgh, Manchester and London, we’re now seeing architects and security advisors demand more aesthetically-pleasing security products that can be integrated seamlessly into existing surroundings to provide the adequate level of protection. Crucially, they do so without changing the way people feel about a specific space.

It’s this approach which offers significant potential when protecting pedestrians from the threat posed by errant vehicles, and Marshalls has developed a range of security-accredited landscape furniture products which can be installed on city centre high streets and in front of schools, supermarkets and retail parks without turning the space into a fortress.

These landscape furniture products include planters, seating, litter bins, lighting columns, cycle stands and bollards, and act as a far subtler final line of protection to stop a vehicle which mounts a pavement as a result of driver error or distraction. Although they look like regular landscape furniture, each piece of landscape furniture is built to Publicly Available Specification (PAS) 68/IWA 14.1 standards – the classification initially developed for security products installed to mitigate vehicle-borne terror attacks.

Using the strongest specification under this standard, a single Marshalls product can stop a 7.5-tonne articulated lorry travelling at 50 mph, which would have been more than adequate to prevent both errant vehicle incidents outside the Natural History Museum in London and the high street in Glasgow. The foundations can also be built to varying depths, making them suitable for spaces with limited excavation, such as pavement areas in town and city centres.

However, there are many pedestrian areas which will not require this level of protection. For example, a car is very unlikely to hit somebody at over 20mph on a busy retail centre or supermarket car park, independent of the reason for the driver losing control of the vehicle.

As such, a key part of the specification process for any business or organisation tasked with protecting areas from this type of incident is to undertake a threat assessment to understand the risk faced. Where protection is only needed for lighter vehicles travelling at lower speeds, the government has introduced a new standard – PAS 170 – that provides specifiers with access to assured security products designed to stop a vehicle of up to 2.5 tonnes travelling between 10 and 20 mph.

Marshalls has four bollard cores which have been tested to this classification, all of which were put through their paces using a 2,500kg trolley, with one replicating the impact of a vehicle travelling at 20mph and the others at 10mph.

The threat of vehicles colliding into pedestrians as a result of driver distraction or losing control of the car or lorry is an issue that needs addressing. Protecting places such as schools, hospitals and high-streets will be a key priority for architects moving forward and landscape furniture products built to either PAS68 or PAS170 standards hold the answer to the challenge. 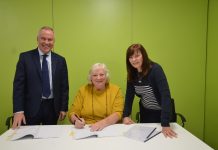 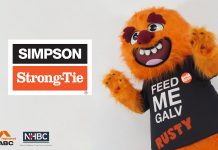 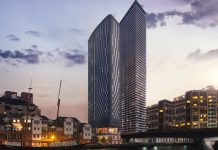 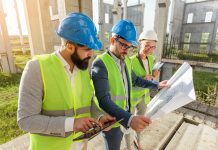 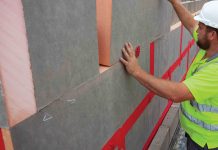