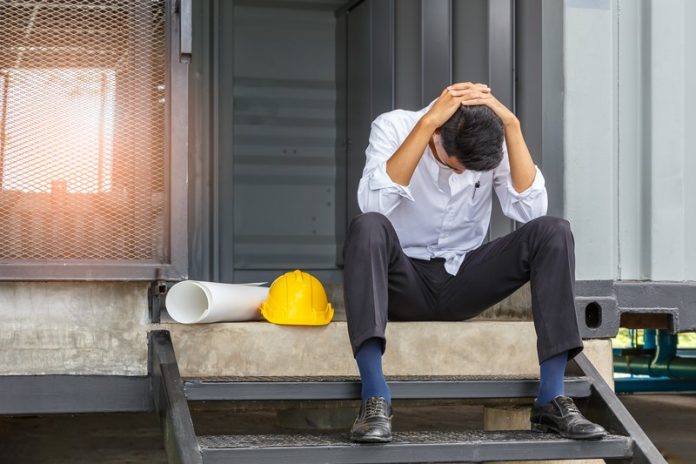 A survey of 3,400 construction workers by Randstad has revealed that mental illness in construction is a growing problem

Randstad found that more than a third (34%) of construction workers had experienced a mental health condition in the last year and almost a quarter of those surveyed said their mental health was making them consider a career change.

One of Randstad’s aims – and the sector’s in general – is to attract more women at all levels. However, in order to do that it said the industry must first address why 46% of the female respondents said they were currently suffering from a mental illness, a higher proportion than men.

The data highlighted that rather than seek help, one fifth of workers were turning to alcohol and cigarettes to self-medicate and had increased their drinking and smoking as a result of their mental state.

There were, however, signs that things could improve. Younger people were found to be more likely than ever to discuss their mental health especially compared to the older generation of construction workers who, according to our survey, find it difficult to open up.

Randstad said they would encourage employers to look at what type of assistance and support programmes they provide for mental illness in construction and through its association with the Lighthouse Club charity provide a 24-hour helpline for those in need.

Data from the Office for National Statistics (ONS) also revealed that 1,419 people working in skilled building trades died as a result of suicide between 2011 and 2015 – significantly higher than those working as corporate managers or directors and more than ten times those working in health and social care.

Experts have warned the nature of the construction trade – long hours, isolation and job insecurity – has a direct negative impact on the mental health of workers.

“The problem in construction is exacerbated as there remains a taboo about talking about mental health issues.”