The Chancellor has revealed the National Infrastructure Commission will become an executive agency, with greater independence…

The National Infrastructure Commission will be given its own budget and the freedom to oversee its own affairs as it is granted executive agency status.

The news was delivered by Chancellor Philip Hammond, who revealed a new charter outlining the organisations role.

It was revealed in the Queen’s Speech in May the National Infrastructure Commission would be given power to make decisions needed to drive infrastructure forward. At the time interim chair Lord Adonis said: “This is a major advance for infrastructure planning in Britain and will give the commission the power it needs to do its work.

“The commission looks forward to engaging with MPs and Peers ‎as the legislation advances to make this process as successful as possible.”

The National Infrastructure Commission is set to come into force in January next year and the charter will put concerns to bed over the future of the organisation after it was omitted from a Bill that would have given it statutory status.

Now, talks will begin with stakeholders relating to what the National Infrastructure Commission will focus on next. The body has already published reports on the benefits of Crossrail 2, transforming Northern connectivity, and smart power.

Hammond said: “…I have set out how we are putting the National Infrastructure Commission at the very heart of our plans to ensure Britain’s infrastructure is fit for the future.

“It will independently define our long-term infrastructure needs and help prioritise, plan and ensure value for money as this investment creates a modern Britain – fit to take on the world.”

Interim chair of the commission, Lord Adonis, also commented, stating: “The National Infrastructure Commission was established to transform the way we plan and deliver major infrastructure projects in this country through expert analysis, long-term thinking and strategic advice.

“[This] announcement is a big step towards providing the commission with the independence it needs to do the work.

“Now it is vital that we get the details right to ensure that the NIC has everything it needs to get on with the job.‎”

Dr Nelson Ogunshakin, chief executive of the Association for Consultancy and Engineering said the industry would welcome the role given to the commission, even amidst disappointment it was not given greater power. He said:

“Though the industry is disappointed that the National Infrastructure Commission (NIC) was not given legislative footing as anticipated in September, we are pleased that the NIC will continue its important role as an Executive Agency.

“We rest assured that this platform will allow the government to receive the best possible advice on infrastructure priorities due to the strong qualifications of those industry leaders already on the commission, with the appointment of Sir John Armitt as Deputy Chairman being particularly encouraging.

“[The] appointment of Sir John is highly welcomed by ACE and the industry. Sir John’s leadership has helped the NIC since its foundation, making it quite appropriate to have him involved in achieving the NIC’s objectives.

“We are pleased that the government has continued to realise the vital importance of expertly guided planning to deal with long-term infrastructure challenges, and the industry will strive to provide maximum support towards successful execution of the initiative.”

The charter can be viewed here: https://www.gov.uk/government/uploads/system/uploads/attachment_data/file/559269/NIC_charter_6_final.pdf 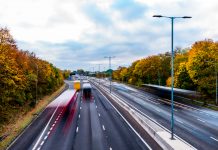