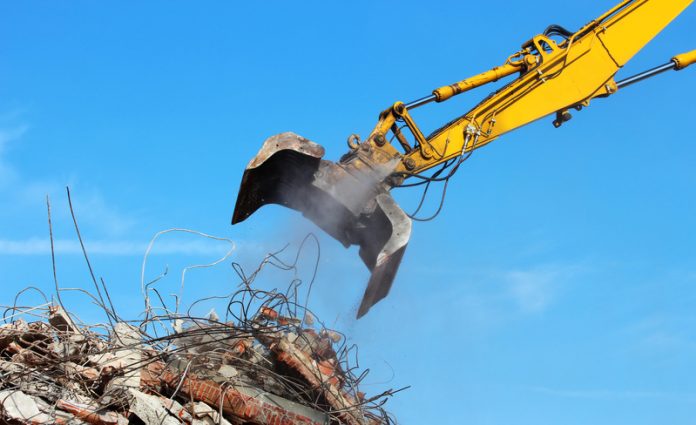 Mick George Ltd has made no secret of its intentions when it comes to quickly establishing a growing presence in the construction industry, but what is the business doing that distinguishes it from those that have failed before?

The latest milestone for Mick George Ltd is a good indicator for where the company as a whole is heading.

Mick George Demolition, a trading division within the parent business, was launched just two years back and already it has surpassed the 120-project mark.

Where that may be judged a success elsewhere, the strategy is somewhat more evolutionary at Mick George, with the current standing only seen as a springboard to rapidly expand the organisation.

Mick George Demolition hasn’t managed to escape the ‘dynamic’ approach that has served the overarching brand so well in delivering some impressive results, with immediate changes forthcoming regarding the business’s hierarchy, territories covered and new site acquisitions.

The fresh eyes tasked with taking Mick George Demolition to the next level belong to Liam Hennessy, who has recently been appointed Director, Head of Demolition, at the company.

Following in his father’s footsteps, Liam has clocked up 14 years in the industry and has certainly earned his stripes in good company. The previous 11 years have been spent at McGee Group Ltd, working on some high-profile projects, including Leicester Square Hotel and Cinema, Commonwealth House and Hammersmith Hospital.

Impressed by the “limitless scope and ambition” presented to him, Liam wasn’t about to let such an opportunity pass.

Liam will be supported by a team that between them possess in excess of 122 years’ experience in various related positions within the industry.

The personnel driving the operation aren’t the only changes of significance either.

Much of the existing demolition work has been completed across East Anglia and Midlands regions. However, that is likely to change imminently, with Norfolk and Suffolk very much now within the functioning boundaries, courtesy of a significant investment to acquire 14 new sites throughout the entire eastern side of the country.

Not hanging around, Mick George Demolition has already struck numerous lucrative partnerships that have returned contracts for demolition works on multiple projects in the east.

In total, Mick George Ltd now owns 35 individual sites, made up of quarries, landfill sites, recycling centres, concrete batching plants, soil washing and hazardous waste treatment facilities. The amalgamation of each site location is not through chance, with every setting strategically selected to strengthen the overall offering from Mick George Ltd to the construction industry.

Looking at the current order book for Mick George Demolition, the future looks bright, as the division continues to establish itself as a core service within the Mick George portfolio, progressively enhancing the organisation’s reputation among the construction industry’s elite.