Twenty-two per cent more planning applications per resident were decided by Local Planning Authorities (LPAs) in the so-called Northern Powerhouse when compared to Greater London. This is according to the Fifth Annual Planning Survey from the British Property Federation and GL Hearn, ‘A blueprint for the future of planning in England’.

It also found the planning system has broadly stabilised after some years of flux. This was despite some LPAs experiencing a lack of resources.

Average decision-making times remained around 31 weeks, with overall approval ratings for major applications holding at around 87 per cent. However, there was a slight decline in the overall number of major application decided.

Furthermore, the view of the industry has reached the worst levels, with 65 per cent more planning officers and 36 per cent of developers showing concern that the system is getting worse. A total of 80 per cent of applicants said they were dissatisfied with the length of time it took for applications to be decided. This figure is the highest since 2012, when the survey began.

There was support for planning performance reviews, with 55 per cent of applicants and 44 per cent of LPA officers stating this would not only improve decision times, it would also reduce pressure on LPA resources.

Permission in principle was only viewed as a way of improving decision times and reducing pressure on resources by 19 per cent of LPA officers, but 66 per cent of applicants—showing division in how both groups view this.

Alastair Crowdy, managing director of Capita Real Estate Advisory and GL Hearn, said: “The fact that the Northern Powerhouse is deciding more major applications per resident than London is a hugely promising sign for growth in the North – and one that shows the consequent development has potential to drive economic growth right across the country.

“Given the concerns about the need for investment in the system expressed in 2015, it should be seen as positive that the planning system is delivering broadly as well as it was last year.

“However, our survey data shows that the majority of the industry is concerned that the status quo isn’t going to be enough to deliver the development that Britain needs.

“It is clear that in a time of economic uncertainty it is unlikely that we’ll see the planning system receive a huge investment boost; we all know that there are other, more pressing priorities for the Government and for local authorities.

“As a result, we all need to work together – planners, developers and central government – to deliver innovative solutions and policies that will help get Britain planning again.”

Melanie Leech, chief executive of the British Property Federation, commented: “It is really encouraging to see the North live up to its ‘powerhouse’ moniker, and to be powering ahead with its development pipeline.

“The development industry has an important part to play in ensuring growth across the country, and it is good to see that there is lots of activity in the North West.

“That being said, average determination times are stagnating across the country, and the issue of under-resourcing continues to be very apparent.

“Government has made noises about addressing the issue but we have yet to see any policy announcements with teeth.

“If it wants to ensure that the development industry invests in our towns and cities, bring about growth and regeneration and deliver the homes we need, then local authorities need to be sufficiently resourced.” 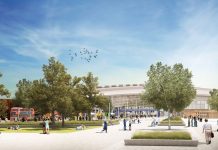 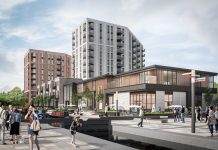 Go-ahead for London’s largest building to include urban greening 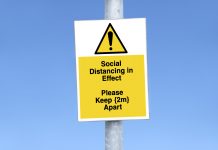