The Government is set to accept a proposal from the National Infrastructure Commission (NIC), to build 1 million new homes between Oxford, Milton Keynes and Cambridge, a development that the Campaign to Protect Rural England (CPRE) says would result in an area of countryside greater than the size of Birmingham being lost

In September, the Government announced its preferred corridor for a new expressway that would run between Oxford and Cambridge, as part of a new development proposal, coined the ‘Oxford-Cambridge Arc’. The NIC, who are supporting the scheme, recommend building 1 million new houses in the Arc by 2050, in order to ‘boost economic growth’.

The Government is due to respond to the NIC’s recommendations on Monday (29 October), alongside the Autumn Budget, despite no formal public consultation, environmental assessment or parliamentary enquiry.

According to CPRE’s analysis, there are 230,000 homes currently proposed or being built within the Oxford-Cambridge Arc, so in order to achieve the NIC’s target an increase of 330% would be required. As there is capacity for just under 50,000 houses on previously developed, or brownfield, land within the Arc, the vast majority of these new homes would be built on areas of open countryside.

Based on the average density of housing developments currently being built within the Arc, CPRE has identified that 27,000 hectares of greenfield farmland and woodland – an area the size of Birmingham – could be lost to development.

CPRE claims that a commitment to significant investment in landscape improvement, sustainable transport and genuinely affordable homes are essential, if these proposals are to be considered.

Paul Miner, Head of Strategic Plans and Devolution at the Campaign to Protect Rural England, said: “If given the green light, this development will change the face of England’s countryside forever. Yet no formal assessment of the environmental impact it will have has taken place.

“Whilst there will be a need for genuine affordable housing to meet local need in the area, the scale of these proposals is completely unacceptable.

“Despite costing at least £5.5bn in public money, there has been no formal public consultation around developing the Arc. The lack of debate equates to a major, and troubling, democratic deficit at the heart of the proposals.

“Rather than taking a ‘growth at all costs’ approach, it is imperative that a Strategic Environmental Assessment is conducted. The assessment must look at the impacts of both the proposed housing and transport development on the countryside, people’s health and well-being, and climate change in a holistic manner.

“Critically, we need much stronger commitments to protecting and improving the unique and precious rural landscapes in the Arc.”

In addition to a Strategic Environmental Assessment, CPRE is calling for a public and parliamentary debate about whether this level of spending can be justified in an area that is already attractive to employers and has a thriving housing market. 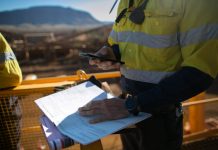 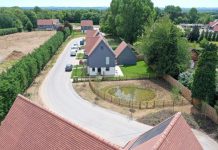