Permission in principle is a key reform to the Housing and Planning Act 2016, but how will it speed up the planning process? Chris Kendall, Digital Strategy Lead at Idox delves into the thinking behind the idea

With the Housing and Planning Act 2016 passed into law on May 12, 2016, it’s timely to look at one of the key planning reforms to the act. ‘Permission in principle’ promotes the idea that developers will be able to secure ‘automatic consent’ for certain sites – where the principal of development has already been established. The government’s aim is to ensure one million desperately needed homes are built in the UK by 2020 by speeding up the planning process to make it more streamlined and efficient.

The current submission and permission granting system is seen as a hindrance to the need to get Britain building new dwellings. At present, developers have to provide a large amount of information to local authorities from the outset. This is even the case to gain outline planning permission. The process is time-consuming, one that could potentially be without reward and be a waste of valuable resources.

The 2016 Act has made the amendment of introducing the new ‘Permission in Principle’ process. The thinking behind the legislation is to separate the process into two distinct components. One is the ‘in principle’ component, which is such factors as the land’s current use, its location and the amount of development to be allowed on the site. The second part of the process is the technical and aesthetic details of the project, such as what the buildings will look like. If the first part is agreed to be viable ‘in principal’, then it will encourage developers to pursue the matter further, with a favourable outcome a possibility. The choice about where to grant permission in principle will be down to local authorities, so it’ll be where development is considered to be locally acceptable and in line with the requirements of the National Planning Policy Framework, Local Plan policy and with existing requirements relating to national heritage.

It’s a Matter of Principle

The act allows ‘permission in principle’ to be granted where local authorities and neighbourhood groups choose to allocate housing-led development in neighbourhood plans or to identify them on Brownfield Registers. The new legislation will not replace the need to look at developments against the National Planning Policy Framework and local planning policy. Once granted, the technical details stage can allow for the assessment of detailed design and other factors, such as infrastructure, to be scrutinised. There’s no foregone conclusion that the ‘permission in principle’ will be automatically granted and refusal could still be an outcome, once the technicalities are explored and discussed.  But industry figures are initially encouraged by the new legislation. Andrew Dixon, Policy Officer at the Federation of Master Builders commented:

“Taking land out of the equation means the developers don’t need to invest money before they know that the site is highly likely to get permission. A huge investment in the pre-application is needed just to get an outline permission. If a site is allocated in a local plan, it seems ridiculous that you would need to get outline planning permission to establish the principal of the development. This should de-risk the process on these small sites, by allowing people to provide very little upfront information.”

This is a key change to existing planning law. The new permission in principle legislation is needed to separate out the two processes mentioned above (the principle and greater detail) and also to enable permission in principle to be granted on sites chosen and allocated by local authorities within their local plans, or to enable applicants to apply directly to their local authority for permission. This is not possible via the existing legislation. In the same way that planning proposals and developments are currently subject to ensuring that the heritage aspect of local areas is retained, the technical details consent will still ensure appropriate protection of the historic environment.

The aim of permission in principle is to streamline the early-stage planning process without losing its robustness and integrity.  This reflects the same ethos as iApply, the innovative technology from Idox, which aims to further facilitate the planning and building control process. Its goal is to make the interaction between LA’s planning and building control procedures and those developing and building projects more fluid and flexible. For further information on how iApply can support you, visit www.iapply.co.uk.

Delivering a digital transformation strategy – A review of the GDS 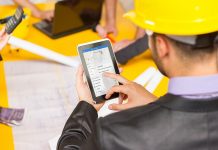 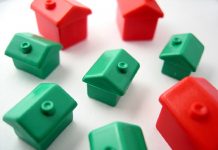 What are the implications of the national space standard for the building control profession?

Digital infrastructure: laying the foundations for a better-connected future

Built by Bots: AI and the Building Industry 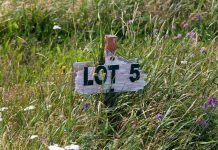 The Housing and Planning Act 2016: The Facts 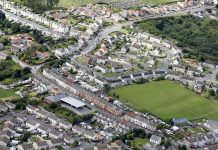 A Euro Vision: What Brexit could mean for planning and building projects 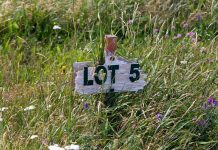 Can councils cope with changes to green belt planning policy?

Building Control – The way we build for tomorrow