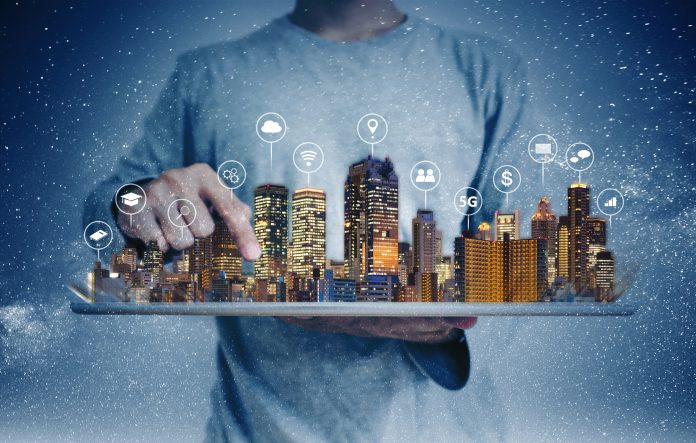 Invest in proptech before you need to use it, advises Anthony Walker, as he looks at surveyors’ attitudes to adoption

Property technology, more commonly referred to as proptech, is defined by RICS as a “term that refers to all aspects of innovation and how this impacts the built environment. This includes software, hardware, materials or manufacturing”.

The idea is nothing new, and surveyors have been using it for many years to help them provide professional services. Today, however, the term has an increased visibility and on an almost daily basis there is some new reference to innovation and disruption in professional publications or online, and concern is expressed about how these will affect the role of the surveyor.

Some of this coverage is worded in a threatening way, to shock or scare you into thinking that it won’t be long before the surveyor is completely replaced by robots and artificial intelligence. But I don’t subscribe to this view: it enables surveyors to augment their outputs, building on their professional judgement and reflective thought.

The industry is changing at an unprecedented pace, and the technology is now more a mainstream requirement than an optional extra. Surveyors now face an increasing number of opportunities that are only open to those who can demonstrate ability and experience in using it.

Surveyors who have not used it before but who say that if they were to win the opportunity then they would do so are unlikely to secure work. If they did, the chances of them completing that project successfully on time are likely to be slim.

Yet this is the stance some companies have taken, and still take, on adopting: they will only use it when they have won an opportunity to justify doing so. But at this point there may be insufficient time for adequate training. Attempting to adopt new technology at the same time as mobilising a new project is risky to say the least.

In my role as proptech lead on the RICS Building Surveying Professional Group Board, I meet surveyors who say their employers will not invest in it until they have secured a fee first. The analogy I use in response to this is that it’s a little like not learning to drive until someone asks you to make a journey that they want completing by a specific date, a date that does not take into account the time needed for driving lessons.

The only option you then have is to learn to drive at the same time as you make your first journey – what could possibly go wrong? Probably quite a lot, and it is doubtful you would be approached to make a second trip.

What is in no doubt is that proptech does require some upfront investment, although in most cases this will be a relatively small amount. This would cover not only hardware and software, but also provide adequate time for training before winning your first instruction.

I believe this is critical. Without it, you are likely to find that staff will struggle and outputs are unlikely to be acceptable to you or the client. The argument some make for taking this approach is that they simply don’t have the time at the start to dedicate to training, but they will probably then spend extra time resolving problems at the end of the surveying work that could have been avoided.

In this elongated process, the instruction may miss the completion deadline, fail to satisfy the client and generate no profit. It does not have to be this way. You do not need to invest in cutting-edge technology, which would not be realistic for most surveyors. Starting small will reduce risk but also enable you to begin the learning process.

Earlier this year, I initiated a questionnaire, with input from RICS, GoReport, Teesside University and Trident Building Consultancy, to better understand the challenges and opportunities.

The questionnaire received 303 responses, 88% of which were UK-based. Small and medium-sized enterprises employed 59%, and the other 41% worked for large organisations.

The headline figures paint a favourable picture for the profession – 92% feel that proptech is having a positive effect on surveying and 95% are of the view that it is an opportunity rather than a threat.

In terms of adoption, more use it – 59% – than understand it – 43%. An even smaller number – 40% – do not feel they have the skills or expertise to do so, and there could be a range of reasons for this. They may be competent with what is required but want to be more skilled, or they could have been asked to start to use proptech with little training. This latter view is reinforced by the fact that just 27% say their company had invested heavily in proptech.

There is still some way to go before we see wider adoption across the profession. Asked to score their company’s progress on proptech use on a scale of one to 10, 23% opted for one, indicating it had not been adopted at all. In total, 65% gave a score of one to five, compared to 35% who answered six to 10. In terms of the barriers to take-up, 56% cited a lack of knowledge and training, 43% doubts about cost, 43% a lack of clarity on the benefits and 41% the time required to implement proptech.

So it is clear that many still do not feel that they have a full understanding, or know of the advantages and benefits it can offer their organisation and clients. This will hold back the speed of adoption; however, with most organisations now using the technology, the direction of travel is encouraging. 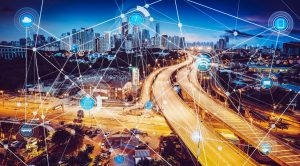 A number of those who responded to the proptech questionnaire gave detailed qualitative comments, which provided greater intelligence on issues. A specific remark – “Tough to get the old boys using smartphones, let alone new software” – was one of several comments that highlighted the apparent frustration of surveyors who were working for an organisation or individual that would not support the adoption, and who found that this is personally holding them back.

The risk this presents is that these surveyors – the ones that organisations need the most in order to help them embrace proptech – may leave to seek a role elsewhere that would give them greater exposure to the technology.

Recruiting and retaining talented staff is one of the biggest challenges the profession is facing. Add to this the need to train the existing workforce to meet the current and future demands and other digital technologies, and it highlights that as a profession we need to be able to respond positively and more swiftly than we have in the past.

Proptech can help redefine and increase the profile of the profession by catching the attention of young people who are looking for a technology-related career, rather than one still associated with hard hats, high-vis jackets and muddy boots.

As the responses to the questionnaire evidenced, surveyors are optimistic, and almost all – 95% – view proptech an opportunity. We now have solutions to long-standing difficulties; solutions that only a few years ago were unimaginable. With the proptech available, I believe there has never been a better time to be a surveyor.

Anthony Walker is chief executive of GoReport and chair of the RICS Building Surveying Professional Board Group. 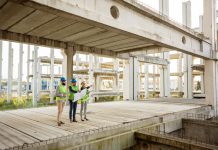