On 4 July 2019, the country’s oldest building company, and the third oldest company in the UK still in operation, R Durtnell & Sons, ceased trading due to a consistently falling level of net assets

This shocking turn of events serves as the industry’s second alarming development in the past few years, following many of the same steps as 2018’s liquidation of Carillion PLC. Though Carillion was considered ‘the largest ever trading liquidation in the UK’, R Durtnell & Sons’ closure is equally, if not more, impactful to the industry due to the fact that it was such a well-established and nationally recognised business.

With another pillar of the industry crumbled, many are questioning what’s next and, worryingly, if any company is safe from a similar fate.

The History of R Durtnell & Sons 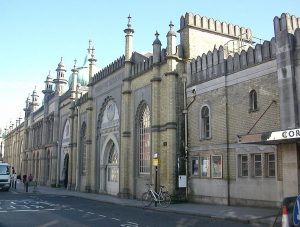 R Durtnell & Sons had been trading since 1591, originating from John & Brian Durtnall teaming up to build their father, William Durtnall, a house. The company passed hands from father to son, generation after generation, eventually becoming the modern business it was well-known as when Richard Durtnall, the seventh generation owner, took over in 1766.

In 1991, Hugh Barty-King wrote a book detailing the history of the firm, as well as how it became an established element of the country. R Durtnell & Sons were working on gargantuan renovation projects, a £22m refurbishment job for parts of the Royal Pavilion Estate and the Brighton Corn Exchange, when they announced that they’d cease trading, sending a shock throughout the UK’s construction industry.

The impact on the wider construction industry

Though this may be the end of a staple of British construction, it does open the doors for other firms to flourish.

With the closure of R Durtnell & Sons, over 100 jobs will be put at risk, though stats have shown a potential silver lining. The Office for National Statistics stated that in 2017 construction-related employment increased by 3.8%, despite the number of insolvencies also growing by 3.4%, though this minimal difference may be veering a little down the wrong path with the news of this closure.

It’s not a stretch to compare these developments to the decline and slow demise of British Steel, with news reporting negative, looming threats to the industry seemingly on a daily basis. The latest news has discussed the possibility of Network Rail, the nationalised owner and operator of Britain’s railway infrastructure, putting an offer in to secure a portion of Brtish Steel, with some hailing it as a potential saviour.

However, much like the small difference between employment and insolvency rates, this seems like it could be a small victory for the battle and not a triumphant win for the war. Though British Steel provides 95% of the steel rails used by Network Rail it still only makes up around 3% of their overall 3 million tonnes annual output; an amount that isn’t even capable of keeping one of Scunthorpe’s four furnaces running.

While the north sees the likes of Scunthorpe suffering through British Steel’s compulsory liquidation, the south is now experiencing a similar economic shock from the closure of an industry giant. 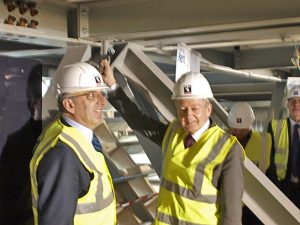 The closure of R Durtnell & Sons has already been felt throughout the industry, on essentially every level. BND Abrasives, a company that specialises in supporting construction & building projects with all the tools of the trade, reached out to state just how much their fall will impact the sector. Sam Niblett, a General Manager at BND Abrasives, had this to say:

“R Durtnell & Sons has been an authority in the British building trade for centuries, so to see them cease trade so abruptly has been a hard pill to swallow for many in the industry.

“The industry, as well as the media, has been proactive in vocalising the increase in the number of construction firms operating within the UK; however, what has not been so well publicised is the rate of insolvencies within the industry. In 2018, more construction firms went under than in any other sector, with over 2,950 firms folding in total, an increase of 12% on the previous year.

“There are many lessons to learn from the collapse of firms such as Durtnell and Carillion, arguably the most important of all – is the knock-on-effect such collapses have on the wider supply chain.

“The Durtnell collapse has left its supply chain, many of which are SME’s to absorb over £800,000 worth of debt. As it stands, there are close to 3 million people employed by the construction industry in the UK, all of which are at risk if current trends continue.”

As aforementioned, the loss of R Durtnell & Sons doesn’t necessarily spell out ‘the end’ for all parties involved. The slight margin of higher employment rates suggests that those forced into redundancy may be able to find a new role sooner rather than later, yet the loss will still be a big blow to the industry. This means that the experience stockpiled by the company, both with new talent and established juggernauts of the industry will be lost. Even if it is only temporary, this loss of experience will be a heavy loss for the construction industry.

Where it went wrong

Some of the elements that led to the closure of R Durtnell & Sons may be attributed to experience being improperly utilised though, granted the nature of some of the recorded, ‘unforeseen’ issues with their last project; renovating the Brighton Corn Exchange. One of the most surprising turns of events during the project was the discovery of a Quaker burial ground, which required archaeological intervention and naturally delayed the project until they had concluded their own work.

One of the other main issues encountered with structural issues with the wooden frame and the roof trusses. Renovation attempts had to be even more carefully handled, as this building is over 200-years old, and the fact that these issues were unforeseen suggests that perhaps the relevant expertise was not present throughout the project. This revelation can serve as a stark lesson to building contractors still in business; showcasing just how vital adequate restoration experience is when engaging in projects of this magnitude.

Despite this, it’s undeniable that the company would have possessed a wealth of invaluable knowledge about the construction and building industry.