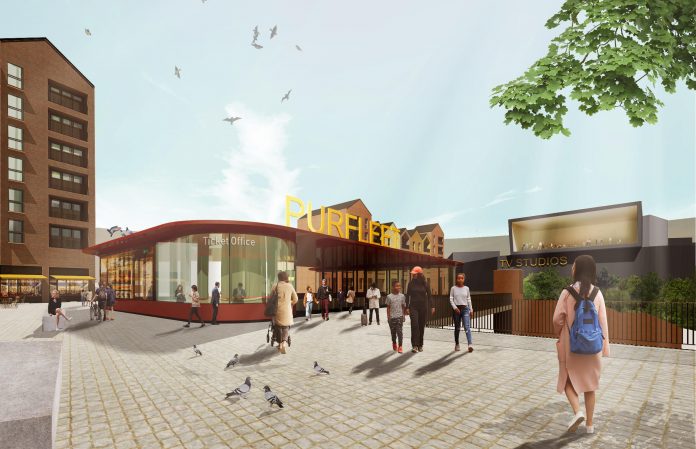 PCRL, a joint venture between Urban Catalyst and Swan Housing Association, is driving the regeneration of Purfleet-on-Thames town centre in collaboration with Thurrock Council.

The illustrations released yesterday (12 May) have been created by architects AHMM, who is working on the overall masterplan, with drMM, that was originally put together by KSS and aLL Design.

The new images reveal indicative plans for the new train station, which will be overhauled as part of the regeneration, and the entrances to the new 1,000,000 sq ft media village, which will include TV studios where live shows can be filmed in front of a public audience.

The renditions also show some of the thousands of homes that will be built.

Once completed, the £1bn regeneration of Purfleet-on-Thames will deliver a new town centre complete with shops and restaurants. Up to 2,850 new homes will be provided as well, alongside an integrated medical centre, improved transport infrastructure and a new primary school.

Later phases could include the delivery of a new higher education/further education campus.

Sir Tim Laurence, chairman of PCRL, said: “These latest images show the scale of our ambition for Purfleet-on-Thames, from transforming the riverfront to upgrading the train station and delivering thousands of homes. This is on top of a new school and integrated medical centre for local residents as well as a media village that will see the town emerge as a leading creative hub capable of supporting Britain’s booming film and TV industry.” 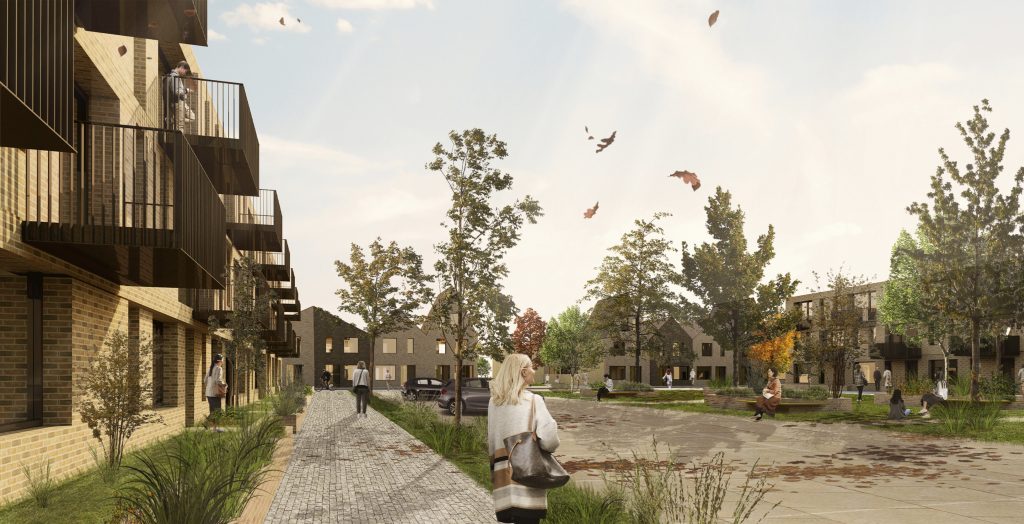