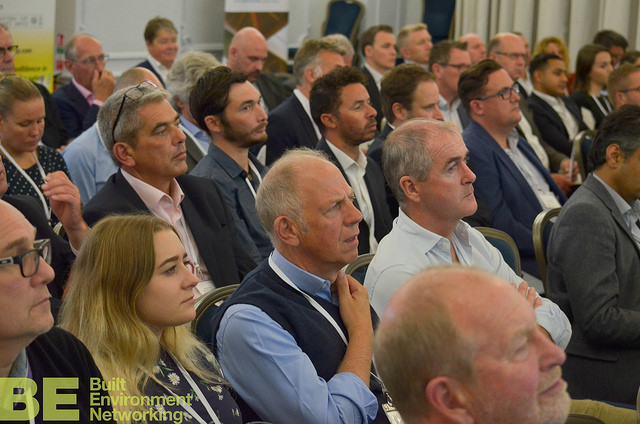 Edinburgh is due to outstrip Glasgow within the next 15 years to become Scotland’s biggest city, the chief executive of the Scottish capital’s council has said

In the opening keynote presentation at a Built Environment Networking event, Andrew Kerr said that by 2050 Edinburgh’s population is population is due to grow by half.

He said that based on these projections, the Scottish capital will overhaul Glasgow by 2032 as the population of what is currently the country’s biggest city shrinks.

Kerr said that unlike some other major Scottish cities, Edinburgh’s major priority is regeneration not growth with the city not delivering sufficient grade A office space or housing.

But he said Edinburgh has ‘huge opportunity’ to grow around Granton in the east of city, which he described as the ‘largest under developed waterfront in Europe’.

Delivery in this area, where the council owns around 90% of the land, would be easier than to the west where a number of major land holdings have to be brought together, Kerr said: “The east will go quicker because we have more control. It’s a fantastic opportunity and where Edinburgh is going to go.”

He added that the council is due soon to make a decision on £165m plans to extend the city’s tram network to the waterfront area.

Craig Sanderson, chief executive officer of Edinburgh-based Link Housing, said the social landlord is discussing the establishment of a joint venture to build in the waterside area with the Port of Leith.

This would help to deliver Link’s plans to build 3,200 new homes over the next five years- a 50% increase in the 55-year association’s total stock.

Chris Perkins, head of business space at M&G Real Estate, revealed that the fund manager is drawing up a revised masterplan for its Haymarket development.

He described the scheme, which is located on a four-acre site next to the recently refurbished railway station of the same name, as ‘the most important scheme within the city over the next three to five years’.

He said that any revisions to uses and massing would be in line with the existing masterplan with work is due to start on site in the second quarter of 2019.

Reflecting the continued strength of the office market in Edinburgh’s central business district, the length of rent-free sweetener periods being offered in the city had declined from 18-24 months to 12, Perkins said: “With an increasingly diverse occupier demand we are seeing rental growth moving into the mid 30s and expect to see that continue in the next few years.”

He said that many institutions and overseas buyers, ‘awash with cash’, are continuing to buy but that banks are ‘incredibly reluctant’ to lend.

Peck said the company’s developments include 700 acres at Shawfair in Edinburgh’s south east wedge, which he described as ‘possibly the largest urban extension in Scotland’.

He said more than 1000 housing units at the site are already complete or have secured detailed consent with another 400 homes going through the planning process.

Peck said the next ‘key challenge’ is to bring forward the town centre and a mix of uses around the site’s new railway station, which is on the recently re-opened line between Edinburgh and the Borders.

He also highlighted a mismatch in supply and demand for research space around Edinburgh, pointing to research recently carried out by consultants Ryden. This had showed a ‘significant shift’ in occupier demand towards ‘sui generis’ uses, like health care and research & development, which are not recognised by councils as employment.

They were all speaking at the Built Environment Networking event in Edinburgh.