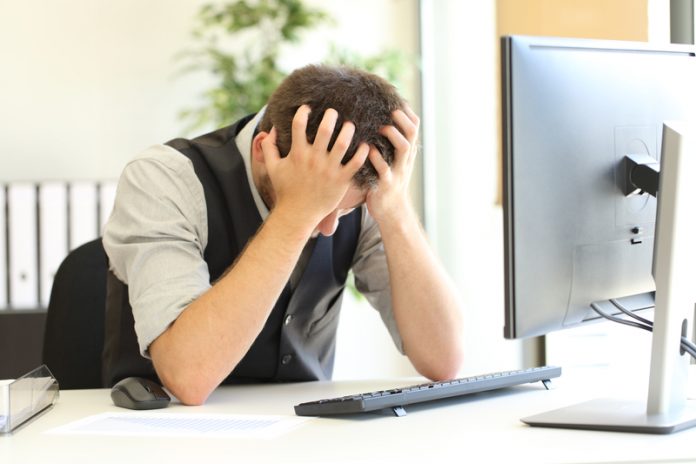 The study reported that one in every 213 companies are falling into liquidation – the highest record since 2013.

The research commissioned by The Prompt Payment Directory (PPD), a payment rating website for businesses, listed the most commonly used excuses for late payments including: “We can’t pay until our own customers pay their overdue invoice” (32%), “the accounts person is away” (23%) and “we can’t pay until business turnover improves” (17%).

Ahead of Mental Health Awareness Week (14-20 May), the research examined the personal, financial and business impact of late payments on owners and found the issue had worsened since PPD’s first study which was launched last spring.

The study states that 62% of the 400 business owners, MD’s and CEO’s polled, said that late payment issues meant that they had not been able to pay themselves for some time. A third agreed that late payments not only caused serious financial implications, but significantly impacted upon staff morale, recruitment and retention.

The findings follow an industry-wide fear for the future of the supply chain, caused by Carillion’s collapse earlier this year.

Hugh Gage, Managing Director of The Prompt Payment Directory said: “Recent high profile cases such as Carillion have made many more people aware of the cost of late or non-payment and how it can affect smaller construction firms, but in reality this has been going on for years.

“Our latest research reveals that the impact of late payments has got even worse since last year and is having even deeper repercussions on smaller companies nationwide, it’s affecting and even destroying people’s business, health and lives.

“Construction business owners need to arm themselves against some of the most common late payment issues and fight back against these poor practices as it’s always best to try and avoid them from the outset by using due diligence through credit reference agencies, or services such as The Prompt Payment Directory which rates businesses’ payment behaviour by those that it affects – their suppliers.”

The research was carried out despite the Government’s Prompt Payment Code (PPC) and last April’s enforcement of the Government’s new ‘Duty to Report’ scheme that requires large companies to report on payment practices twice a year.