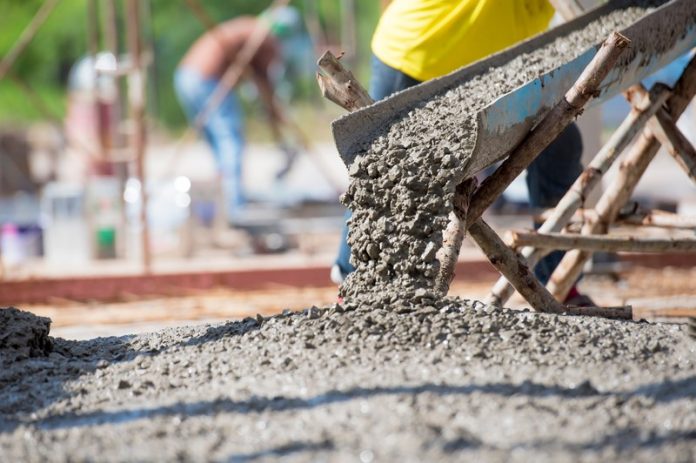 How often do we hear about the 100 year design life, for example, about a bridge, only to find major structural repairs are required within 30 years

Annually, $b100’s are spent globally repairing/replacing concrete structures. A fraction of this could have been spent had those structures been properly built in the first place.

The reasons for this are many but here are three to consider:

Where concrete structures are built in potentially corrosive environments, owners should be extremely wary of persuasion to use alternative products to those specified by the structural engineer, especially motivated by price. “There is hardly anything in the world that some man can’t make just a little worse and sell just a little cheaper, and the people who buy on price alone are this man’s lawful prey”.- John Ruskin.

For years we have talked about whole life costing but to date this has been completely overridden by up-front capital cost. Two options were considered by consultants assessing costs over the 120 year design life for corrosion protection to the wingwalls of a road bridge. The up-front costs were £2,167 against £5,625. Over 120 years, the overall costs including maintenance were calculated at £114,000 against £5,625 respectively. The cheaper up-front option was chosen!

There are so many examples to choose from, especially bridges and tunnels. The Öland Bridge repairs completed in 2005 after about 15 years in service and involving renovation work to the corroded pier supports in the tidal zone, replacement of 19 joints and restoration of the parapet walls cost: “… twice the (total) cost of the original bridge at current prices”. The project manager is quoted as saying: “Buy cheap, repair expensively”.

If we are serious about ‘sustainability’, we need to address this issue and make concrete perform better. We may not be able to completely stop concrete structures deteriorating but we can significantly extend the life of such structures with proven products available here and now.

In reinforced concrete, all common forms of serious deterioration are as a result of water ingress. If concrete can be kept inherently dry, most corrosion issues would disappear. However, it is very important to understand the mechanisms by which water passes through concrete. Some mistakenly assume that ‘low permeability’ is the key parameter. The most common test for permeability simply measures concrete density as water at pressure is applied to the surface. The so-called ‘permeability’ is determined by the depth of ingress, which in turn, is determined by the density of the concrete. Permeability, by definition, is a measure of flow under an external pressure and is a property of saturated materials. Ordinary good quality concrete resists any appreciable flow of water under pressure, making the concrete stronger or denser is completely irrelevant. By increasing density, far from slowing the passage of water, you may actually speed up the flow by capillarity. The predominant mechanism of water movement through concrete, simple capillary absorption, requires no hydrostatic pressure whatsoever – the narrower the pores in saturated concrete, the lower its permeability. Conversely, the narrower the pores, the greater the resultant capillary pressure and so the greater the depth and speed of water ingress. “Calculation of the water penetration depth during wetting showed that the speed of capillary absorption is of the order of a million times faster than permeability” 1.

Cast iron is not used in modern construction because it has a critical ‘deficiency’. It is brittle. However, adding a small amount of carbon (0.2%) gives us high tensile strength – ‘steel’. For additional enhancement adding chrome gives ‘stainless’ steel and so on. Everdure Caltite applies the same proven concept to concrete.

Everdure Caltite is a hydrophobic and pore-blocking liquid ingredient which is added to the concrete mix. It reverses normal capillarity (sucking action) to produce ultra-low absorption concrete.

Normal high quality concrete is unsuitable for marine structures. It naturally absorbs water, moisture, and any deleterious salts in solution and provides the all important electrolyte linking anodic and cathodic regions of the reinforcement.

Please note:  this is a commercial profile.