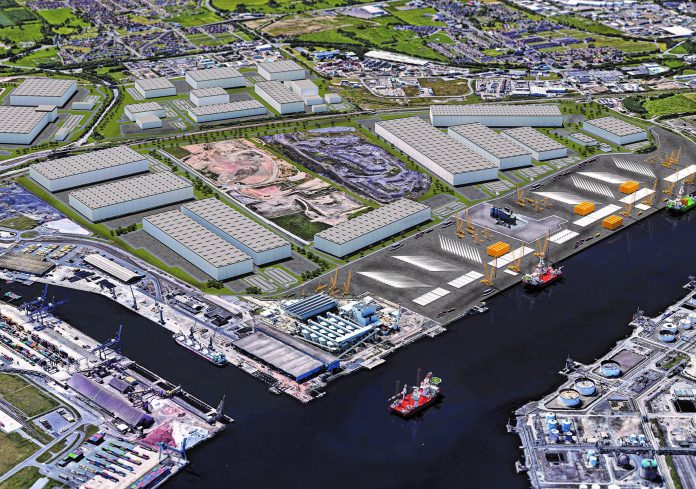 This is the first major milestone in the lead up to the construction of the turbine manufacturing plant facility on the South Bank of Teesworks.

When production starts, the Dogger Bank offshore wind farm would benefit directly from the blades produced at this new plant. The three phases of the Dogger Bank wind farm, powered by GE’s Haliade-X offshore wind turbine, will have a combined installed generation capacity of 3.6 GW, enough to power six million UK homes.

Olivier Fontan, president & CEO of LM Wind Power, a GE Renewable Energy business said: “We are delighted to have received this important approval from the Local Planning Authorities and are thankful for the collaboration between all parties involved, including Teesworks and the South Tees Development Corporation.

“There is still a lot of work in front of us but this is an important milestone for the construction and future opening of the facility.

“We are proud of the contribution we will be making in rejuvenating this industrial cluster and helping it play a key role in future of renewable energy.”

Tees Valley Mayor, Ben Houchen, added: “It’s fantastic news that this mammoth project has passed the planning hurdle and is on course to be up and running by 2023, helping to create thousands of well-paid, good-quality jobs for people across Teesside, Darlington and Hartlepool.

“Once completed, it will play a central role in our ambitions to become a powerhouse in the growing UK offshore wind sector and add a huge amount to our clean energy credentials.

“In the short-term, we can now get spades in the ground and give a vital post-pandemic boost to our construction sector.”

When complete in 2026, Dogger Bank will be the world’s largest offshore wind farm.

Recruitment for the plant is scheduled to begin in mid-2022, with an estimated 750 direct positions to be filled. An additional 1,500 indirect jobs would be created to support the entire supply chain around the factory.

Construction is planned to begin later in 2021.