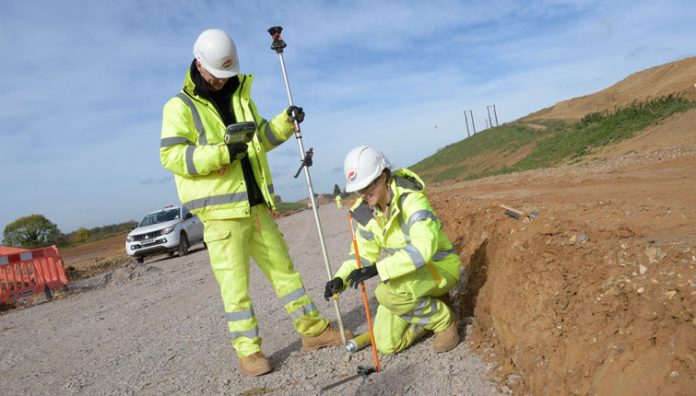 Balfour Beatty took the runners up spot due largely to its involvement in the HS2 West Old Oak Common Central Transport Super Hub with a total contract awards value of £550m. It was also awarded a £50m contract for power works at the former Littlebrook Power Station in Dartford.

Vinci finished in third place, again being awarded a package on the HS2 project alongside Balfour Beatty. Their 4 contract awards totalled £540m. 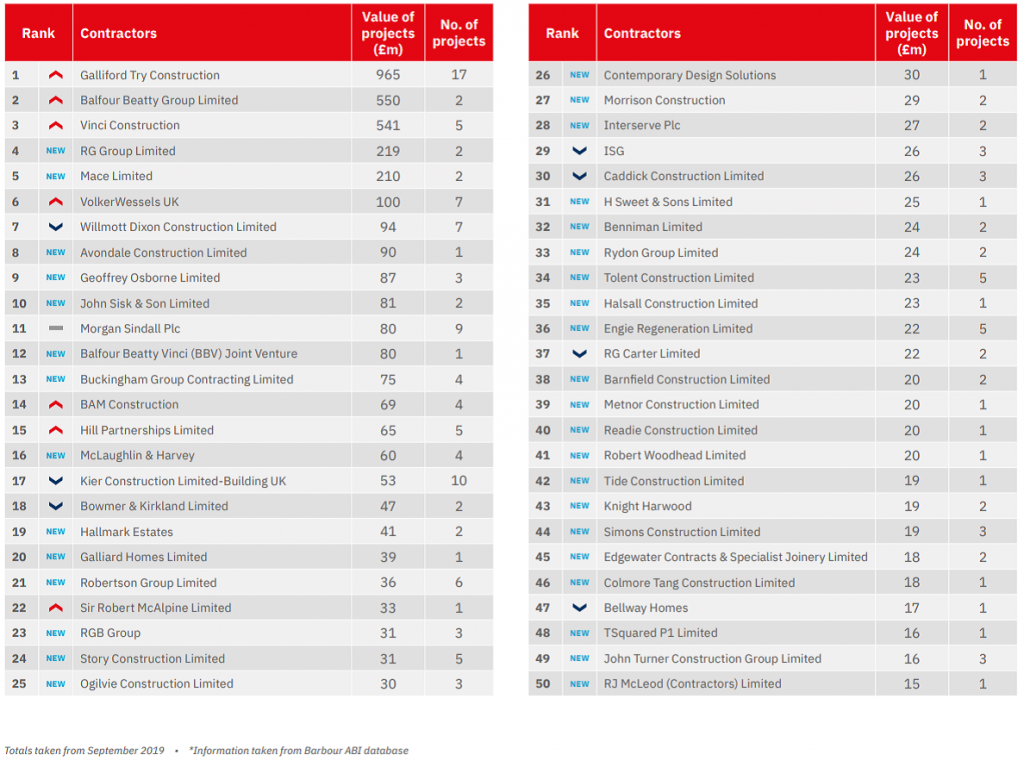 Sat at the top of the 12-month rolling table is Balfour Beatty Group with total project values of £1.9bn made up of 50 projects. In second place is Galliford Try Construction with a total of 90 projects with a combined value of £1.8bn.

Tom Hall, chief economist at Barbour ABI & AMA Research, said: “Despite the announcement of HS2 delays of up to 7 years from the transport secretary last month, much of the more notable league table activity for September were a result of HS2 related contract awards.

“Not only has it catapulted Balfour Beatty and Vinci into the top three contractors, HS2 were the top client for September and Wilkinson Eyre Architects were the top architects firm who are also involved in the HS2 project.”