Home Planning & Construction News Is urban regeneration worth the effort? 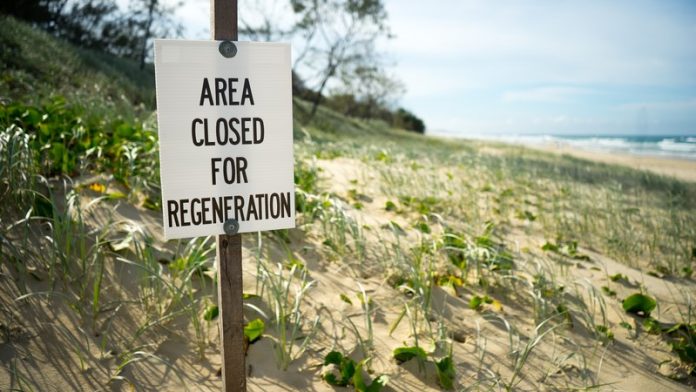 Kim Vernau, CEO at BLP Insurance, highlights the key points raised at an interactive discussion organised for industry peers on whether regeneration can really work in practice to alleviate pressure on the housing market

The UK’s housing crisis continues to plague policymakers, with ongoing discussions around different solutions to meet the challenge of shortages in housing supply. Regeneration offers the government and broader housing sector the opportunity to address this fundamental issue, while also reviving parts of the UK by driving growth, creating new jobs, and redistributing the population to address overcrowding.

Guest speaker Liz Peace, CBE and Chair of the Old Oak and Park Royal Development Corporation, provided valuable insight on the merits of urban regeneration versus starting from scratch elsewhere, also highlighting the complex range of public policy issues now on the agenda around housing and infrastructure funding.

The term regeneration has been around for a long time, however the debate over how it should be defined remains ongoing. Regeneration is not straightforward redevelopment; it is proactively implementing improvements where, in the absence of intervention nothing would have happened. Regeneration has the potential to help the government move towards its housing target of 250,000 new homes a year, however to achieve this target significant work will be required to overcome the obstacles deeply entrenched in the industry.

Politics can create issues for regeneration across the UK. Development projects tend to be completed over a long timeframe which can be seriously disrupted by changes in leadership caused by the five-year national electoral cycle and local government elections. Developers that have an agreed approach for an area with one party can subsequently find their plans in the hands of a different leadership.

Land ownership also presents an interesting challenge. Public land is good for regeneration, but there can often be a delay in releasing it for development. Alternatively, private land purchased at development value may lead to subsequent problems as unreasonable expectations from landowners in respect of land values can create difficulties further down the line; where land is sold at a high value this can restrain what developers can afford to deliver in terms of social value and affordable housing. Furthermore, brownfield land brings its own issues where it requires decontamination, potentially causing the value of the land to depreciate immediately.

The housing industry and public authorities that want to see regeneration happen need to address the issue of profit versus place. A compromise may need to be made in order to create the right development. Further, communities have also started to find their voice. Their views can delay development for long periods of time should they oppose the plans.

The importance of an industry body

One of the challenges for sizeable regeneration schemes is getting the project out of the starting blocks. In the absence of a delivery body, be it an urban development or regeneration company or a joint venture vehicle, it is difficult to overcome local government issues. There may be occasions where this can only be addressed through the use or threat of a compulsory purchase order (CPO).

In the UK, the London Docklands Development Corporation has had a number of successes, without which the development of Canary Wharf simply wouldn’t have got off the ground. This is now an important model for subsequent Mayors, not least as it evidences the importance of having a structure to progress the development.

The Old Oak and Park Royal Development Corporation in west London, which has been estimated as a 20 to 30-year project and is on an immense scale, provides a good example of the multitude of problems involved in regeneration schemes and the difficulties that projects of such scale can bring. The development aims to build around 25,000 homes and create up to 65,000 jobs on the site.

The land ownership structure of Old Oak and Park Royal is made up of extensive HS2 and Network Rail land, with the result being that it is surrounded by railway lines and stations. This presents an infrastructure challenge in terms of being able to access the site; bridges need to be built from multiple approaches and platforms need to be constructed so that space above the stations can be built on. Adding to this is the consideration of two waste recycling operations on site, and where these should be moved to.

As well as these notable challenges, the site also needs to deliver on everything else; from health policy, hospitals, schools, energy and waste. The Mayor has already voiced his ambitions that he wants this site to be an exemplar for delivery of a regeneration scheme that supports communities and allows people to live in a very different way.

The fundamental problem of funding

One of the major challenges underlying regeneration is funding. Looking back 40 or 50 years, it was common practice for the government or public sector to borrow in order to pay for infrastructure and then recoup the profits through increased taxation from the activity on a particular site.

Gordon Brown effectively put an end to this through his prudent borrowing approach adopted during his time as Chancellor. Ever since then, the government has been working hard to shift infrastructure provisions and funding as far as possible onto the private sector. This has led to endless studies, discussions and reviews about whether to pursue planning obligations set out under section 106 agreements, or whether there are alternative mechanisms based around the principles of a tariff. One such proposition, Planning Gain Supplement, proved particularly unpopular with the property industry and led eventually to the adoption of an alternative, the Community Infrastructure Levy.

This has been criticised for failing to deliver what the government had hoped to achieve and we now find ourselves circling around the idea of value capture. Transport Secretary Chris Grayling has asked those involved in the development of various HS2 stations to determine how the value from the government’s investment can be recouped from developers and landowners, whose land will ultimately increase in value as a result.

The ‘who pays’ challenge?

Mayor of London Sadiq Khan has recently produced his transport strategy, based on a modal shift to deter people from using cars, and aims to make Old Oak & Park Royal a non-car dependent development by encouraging residents to cycle and walk more. However, while easily said in theory, the planning needed to achieve this in practice is extensive and costs need to be fully identified and provided for.

The challenge of sourcing finance for developments extends to ensuring the site has sufficient green space. The core area of Old Oak & Park Royal is 139 hectares, with plans to build 24,500 homes. To overcome potential density issues, green space and squares for residents to use at their leisure are important and need to be included in initial development plans. However, creating this costs money resulting in allocating some of the land intended for housing to green space and thereby forgoing income.

While funding may be a big issue, no one yet has the answer to the question as to who should pay. Introducing a land value taxation type regime such as the Henry George method could be one alternative. It’s an interesting idea – with support from some on the London Assembly – but would involve reforming the whole tax system and could result in ongoing arguments on every site around affordable housing requirements and Section 106 agreements.

The concept of rate retention offers an interesting angle to the regeneration debate. Considering TIF (Tax Incremental Financing), if a developer can persuade a local authority to borrow upfront, there is the potential to recoup the cost of the project via the business rates available through the enhanced activity. It would even be possible to construct a developer based TIF model where the developer does the borrowing and the Government allows the ringfencing of business rates to repay. The classic TIF, based on borrowing by local authorities, happens in some places already, largely through the mechanism of Enterprise Zones, and may become more commonplace given the importance of devolution to the government’s agenda.

While urban regeneration schemes can take years to get off the ground, and often become the subject of drawn-out political debate, there is a strong argument for preferring urban regeneration compared with starting development afresh elsewhere on greenfield sites, often in the Green Belt. But only by facing up to the multitude of issues and frustrations that such projects bring can we start to reap the benefits of successful projects in creating new homes and wider opportunities.

The industry must work under the assumption that the UK’s population and demand for housing will continue to grow at a substantial rate. Large-scale regeneration schemes represent a clear and sustainable solution for the UK’s property sector which developers, builders and the government all need to put effort into making work.

Liz Peace CBE was Chief Executive of the British Property Federation for 13 years, prior to which she was a career civil servant in the MoD working on an exciting range of projects from nuclear safety, to defence finance, public inquiries and land acquisitions. Liz is now an independent consultant in the fields of property, politics and the built environment and is working closely with the office of the Mayor of London.