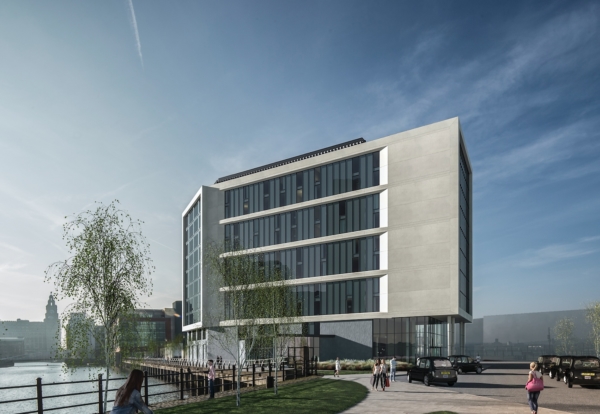 The four-star hotel will form part of Liverpool’s new £50m Cruise Liner Terminal at Princes Dock, which, once built, will accommodate the world’s largest cruise ships.

The cruise terminal hotel facilities will include coach parking and pick up and drop off provision. Subject to planning approval, work is scheduled to commence in 2019, with completion expected the following year.

The construction of the new hotel, which was procured via Major Works UK, part of Scape’s National Construction framework, is the latest in a series of major announcements regarding the £5bn Liverpool Waters regeneration site and sees Liverpool City Council working with landowners Peel Land and Property Ltd.

The waterfront project will leave a legacy of jobs and skills that will benefit the region for generations to come. As part of the construction of the hotel, Wates has also committed to providing training and employment opportunities for local residents in order to help boost the local economy.

The commitments include apprenticeship opportunities with Wates and its supply chain partners, and work experience placements for local students.

John Foster, Pre Construction Director for Wates Construction North West, said: “Liverpool’s waterfront is one of the most recognisable in the world. Since the 1980s, its regeneration has created a successful and sustainable mixed-use area, which attracts over 5 million visitors to the city each year.

“We are very proud to have been appointed to work on the next phase of this regeneration, which will not only help to boost Liverpool’s economy but will also create jobs and training opportunities for local residents.

“The Liverpool Cruise Terminal hotel is just one example of the exciting and important projects that we have been appointed to build through Scape’s National Construction framework. As our work on the framework progresses, we look forward to building on our portfolio and maintaining our standing as one of the most trusted partners of government and the public sector.”

Mayor of Liverpool Joe Anderson said: “Our new cruise liner terminal is vitally important to our growing tourism economy and will mean that once again we can welcome the greatest cruise ships in the world to the Mersey.

“The construction of this new terminal will mark a new chapter in the city’s maritime future as we create a world-class experience for the cruise companies and their passengers.

“We are working with some of the very best in the engineering industry to deliver this facility to the very highest standards and this new hotel is a vital ingredient to the overall experience.

I’m delighted a company of the reputation of Wates have been appointed to deliver a world-class hotel on our World Heritage waterfront.”

Mark Robinson, Chief Executive of the Scape Group, said: “The construction of the new £30m Liverpool Cruise Terminal hotel is a flagship project in the regeneration of the city’s waterfront. People are increasingly recognising Liverpool as a destination, and the cruise terminal is often a visitor’s first entrance to the city. The additional money that tourism is bringing into Liverpool is vital for boosting the local economy and there is clear evidence of the city transforming into a major cultural hub.

“Our framework ensures that the social value which will be created as a product of the ongoing works will be felt throughout the local community, not only during the project but long after its completion. Training and employment opportunities for local residents will be created, alongside work experience placements for college students and a number of full-time jobs.”