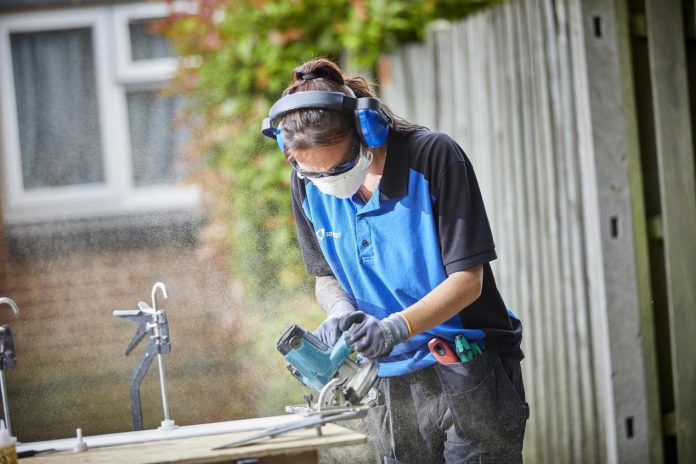 The two organisations will share their ambitious aim of getting 5% of female trades working in social housing maintenance, over the next three years.

From line managers to HR representatives to those already working in manual trades, participants at the event in Crewe will be encouraged to work together to highlight the reasons that bringing women into manual trades’ roles is so beneficial and consider the ways that numbers can be boosted in the future.

Paul Roberts, director of social investment and CSR at the Guinness Partnership, and Liane Sheppard, operations director at Sovereign, are both keen advocates of equality within their departments, recently delivering a joint session at the National Housing Maintenance Forum and continuing to share best practice.

Helen Colwill, a Guinness electrician who started out her career with the housing association as an apprentice, will share her experiences as a tradeswoman ambassador with delegates.

Attendees at the event will also hear how Liane and her team have rolled out a ‘schools toolkit’ across the Sovereign geography to encourage girls and boys to get hands-on during open day events, as well as setting up a Women in Trades support network, and actively recruiting women through the apprenticeship and adult trainee programmes.

Liane said: “Seeing women in trades’ roles is something I’m extremely passionate about and in the past three years we’ve worked hard to embed a ‘women in trades’ culture’ across Sovereign.

“I’m so proud of the fact that our trade workforce is 3% female – well over the national average of 1%. But we’re not stopping there – over the next three years we want to recruit female trades of at least 1% of our trades each year. We also want to share our knowledge and ambition with others who want to do the same.”

Kimberley Wheatland, an adult trainee carpenter at Sovereign, said: “There are times when being a woman brings something specific to the role.

“For example on visits where for personal or religious reasons female residents don’t want a man attending while they’re alone – I’m able to complete the job. But for me, it’s most satisfying to just be one of the team – a tradesperson who can get on with the work, getting things right the first time.”