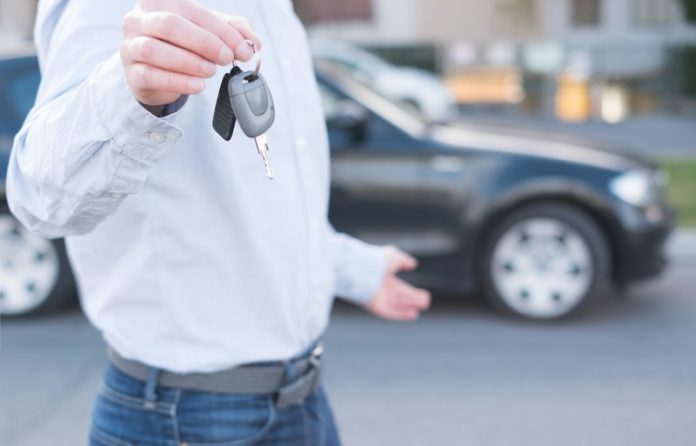 At first glance, a construction company may not seem the obvious choice when seeking to purchase or lease a vehicle, regardless of its purpose, private or business. However, when you delve a little deeper and recognise that said operation already runs – and relies on – a fleet in excess of 400 different vehicle types, vehicle leasing starts to become visibly clearer.

That said, for an organisation that functions in a completely different market to have the foresight, let alone knowledge, to suitably add this service to its portfolio is another challenge altogether. For many, such concepts are ditched at the first sight of an obstacle, but not at Mick George Ltd.

So how does an organisation manage to get vehicle leasing off the ground? Put simply, it activates a longstanding relationship with one of its vehicle suppliers. OK, so it may not be quite as easy as suggested, but fortunately this supplier shares a vision and ethos matched by the business, which has consequently accelerated the launch.

The engine behind the new vehicle leasing division at Mick George Ltd is Steve Howell, and although he may not quite have reached the sales echelons as world-renowned Joe Girard, Chevrolet’s top salesman, he certainly boasts strong credentials in this particular industry.

Having started out in car sales back in 1981, taking on car demo, cleaning and panel beating roles along the way, Steve became part-owner of Neva Consultants in 1992, where he played an integral role in building a £40m revenue, turning over up to 2,000 cars a year to satisfied clients, in the 25 years that he worked for the company.

Steve’s association with Mick George Ltd dates back to the early 1990s, when he was approached by Finance Director Jon Stump about the possibility of tracking down the much sought-after BMW 323SE in Boston Green. You read that correctly: Boston Green. It was once a popular choice! Having accomplished that challenge, Steve became a close acquaintance of Jon’s, with many stories to tell over the years.

Given the close allegiance of the two, you may be surprised why the decision to introduce a vehicle leasing service has taken as long as it has, which in itself highlights many of the complexities involved.

As we all know, the car trading industry is littered with a stigma that to this day still exists. However, this is where Steve’s genuine passion, hunger and desire have come into their own. His personable qualities are one of his critical attributes, going against the grain of the traditional perception of the industry.

Steve’s mantra, if you like, without sounding to much of a cliché, is “to go the extra mile”, providing an unrivalled service and experience. This differs tremendously to some national competitors, brokers and manufacturers in the domain, who are merely in it for the short-haul, sealing one-off deals in volume while making a quick buck by way of false advertising – one of Steve’s principle irritations.

And this is where the collaboration seems to dovetail nicely. Not only is the Mick George brand a reputable one that is likely to withstand any negative coverage connected with the car industry, but its emphasis on quality and service will be replicated within yet another field.

If the early signs are anything to go by, it already appears to be a match made in heaven. Two clients were secured after being established for less than a week, providing in one instance 25 Citroen Berlingos and in the other, 20 Mercedes C350E hybrid vehicles for company car use.

Please note this is a commercial profile