Home BIM News Could the rise of the digital twin signal the end of AEC...

Joel Hutchines, founder & CEO of cnstrct, discusses the need for a complete overhaul of the AEC industry before it can embrace the full potential of digital twin technology

I sit down to write this article as a direct response to Digital Twin: The new revolution in construction by Jade Myers.

As I read the above-mentioned article I was very excited to see and hear of people in the industry starting to identify the benefits of having a highly resolved and good quality digital model of a building. From quantities, costs, schedules and exact outcomes, everything is known. Can you even imagine what this does for the industry? Risk, value management, supply chain inflation and even drawings may become a thing of the past. There is a lot of promise behind the notion of a digital twin and it goes far beyond drawings, rendered images or even BMS and sensors.

Why? Because we are operating in a broken system.

I can tell you that there will NOT be a large adoption of the digital twin whilst our industry engages in the current process. There needs to be a complete overhaul before we even get close to seeing the notion of a digital twin hit its full potential and the sad thing is, it may just wipe out the entire Small to Medium Enterprise (SME) sector when it does.

Building Information Modelling (BIM) has been the industry’s saving grace for almost 20 years, yet we are still seeing it implemented as nothing more than a tool for design intent and reprographics. Even on the rare occasion, highly resolved digital models are created, we are forced to break the model down into an extensive set of 2D representations. Yes, we are seeing the more progressive manufacturers now looking to import as much data through IFC files etc, but the fact still remains there is yet another step in the process due to our highly segregated industry, meaning that any change orders are very rarely replicated back in the original model.

The widely used BIM platforms do not yet support DfMA and Computer Aided Manufacturing (CAM) and are heavily weighed down with legacy issues from the evolution of design intent and the 2D drawings. What good is a highly resolved digital model at the front end that inevitably ends up being nothing more than a symbol of the original design intent and not a true representation of the built form?

I can hear you all saying, but what about collaboration, early contractor involvement (ECI) and new platforms like BIM 360 etc? My question is, how is that going for you?

As a developer, builder, architect and someone who understands the value of a highly resolved digital model, DfMA and OSM I have always struggled with the want to increase the Pre-Construction scope and save dramatically down the line. There is one problem though, I can’t!

Pre-construction cannot be financed. Banks do not place a value on a good 3D model even if you can remove all risk, speed up the process and dramatically reduce costs. Clients and developers cannot justify spending the extra capital at the outset and therefore design and pre-construction consultants end up being squeezed and fighting for the minimal capital available.

Good design is just not valued.

Will we see a change in our financial model to allow for these widespread benefits?

I highly doubt it.

Instead, we are seeing the rise of the vertically integrated AEC business. Large Tier 1 contractors or developers essentially running at a loss, investing heavily in pre-construction and making it back in spades through the construction process. They will reap all the benefits and inevitably lower costs, increase quality and speed up delivery forcing all small players out of the market.

The question in my mind is whether or not these contractors can sustain this approach, or will it be the larger developers who take over monopolising the market? Either way, it proves a very difficult landscape for the SME.

There is only one way I see this juggernaut of the vertically integrated business model being challenged and that is the creation of a simplified platform and process. As we have seen with many other industries, software may play an integral part in empowering the consumer and enabling the individuals to leverage their own infrastructure and collectively change the game. There are a lot of software start-ups claiming to be the Uber or Airbnb of the AEC industry, but I can confidently say none of them are even close, they are only adding more workflow and complexity to the process.

The key areas of focus should not only be simplifying the ability to create the digital twins but then ensuring the relevant data can streamline the delivery of the actual built form. Without both of these, everyone (including the vertically integrated team) is relying on a complex software stack, re-interpreting design intent and a myriad of inefficiencies.

Data from manufacturers, trades and supply chain needs to be available for the designer at the outset and the designer then needs to be able to easily create a well detailed digital twin that is capable of running machinery more efficiently than the design intent, documentation and tender process they currently partake in.

What does the future hold?

It is for these reasons I believe the future of the AEC SME looks bleak, there will be no room for the current segregated industry model. The complex software stack required to enable efficient collaboration simply won’t be able to compete.

We are already seeing the likes of Katerra start to stamp their authority on this process, acquiring anyone and anything that can contribute to them becoming a global powerhouse. I have no doubt they will succeed but the big question remaining is who else will join them at the top?

Will it be the likes of Lendlease redefining everything from a developer’s perspective or Autodesk as an enabling software platform?

I honestly believe that there will be no more than 10 large players controlling the industry but I see there being ONE field ahead of the competition.

It won’t be Katerra as they will consistently be restricted by their own capabilities.

It won’t be Autodesk, as they are too lagged down with legacies of design intent.

It won’t be Lendlease as they are too interested in holding the secrets for their own profit.

I believe that the largest construction company in the world will be a marketplace and simple design interface that hosts customisable components. A cloud-based platform where consumers and creatives customise solutions to fit both site and context with prefabricated components. Where manufacturers, install teams, consultants and the complete supply chain come together to develop products, representing these products in the form of a digital twin capable of automating the entire delivery process without human intervention. Mass-customisation of the built environment will be achieved, and the entire industry will be flipped on its head, thrust into the 4th industrial revolution.

Some may call this view utopian and my answer to them would be yes, you might be correct but have a look at the movements in the industry and beyond.

Startups like Place Technologies are well on their way to launching the exact platform I describe.

Manufacturers and innovators like Cree by Rhomberg are already developing highly sophisticated components to place in the hands of designers.

Co-work giant WeWork are miles ahead of many in the industry using sophisticated components to streamline their own construction and fit out process.

AirBnb have launched their own construction arm; Samara.

Platforms like Canva have already knocked large companies like Adobe off their perch simplifying the design process and enabling consumers.

It’s only a matter of time before the digital twin will really change the game. 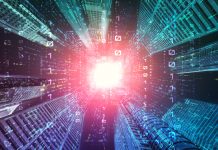