The Commons Committee for Housing, Communities and Local Government (MHCLG) asked policymakers how they would prevent perceived ‘conflicts of interest’ from arising where developers are able to choose their own regulator.

Responding, housing minister Kit Malthouse and director of building safety reform at the MHCLG Chandru Dissaneyeke confirmed that a new regulator would be created to select inspectors for each project, which developers are currently able to do.

However, when pressed on how this would function, they were unable to explain the role that Approved Inspectors would play even though this was first proposed in the Hackitt Review, which was published over 14 months ago.

This recommended only local authority inspectors should be able to oversee complex projects, with Approved Inspectors providing consultative support where required, however, the latest consultation moves towards a single national regulator and it is still unclear how this will operate in practice.

Paul Timmins, chief executive of the ACAI, said: “14 months after the publication of Dame Judith Hackitt’s Independent Review of Building Regulations and Fire Safety, the government is still unable to answer some of the basic questions about how a future system of building control will function.

“While we welcome assurances that AIs will have a role to play in the government’s new Building Safety Regulator because of their expertise and capacity, there appears to be no unified agreement on the responsibilities which our members will have when it comes to inspecting and signing off complex buildings.

“Nor has the government explained how the Building Safety Regulator will allocate work to ensure no perceived or actual ‘conflicts of interest’ if Local Authorities have oversight of their own buildings.

“We will continue to work with Government to find a solution which will enable the sector to deliver safe buildings, but we are seriously concerned about the slow pace of progress and unanswered questions this area.” 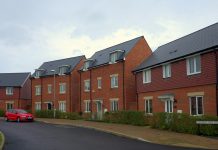