Home Building Control News High-rise buildings: Are they as safe as houses? 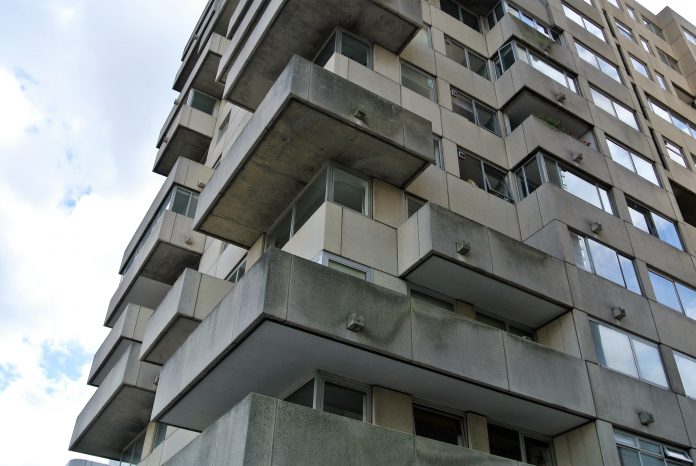 Following the introduction of a new industry-wide process for evaluating the fire safety of buildings over 18m tall in December, Helen Andrews, construction partner at Fieldfisher, considers whether the scheme is likely to stack up for development funders

Since the Grenfell Tower tragedy in 2016, there has been a much greater focus on the fire safety of high-rise buildings, primarily in the residential sector.

While this is a welcome development in improving safety, increased scrutiny has also placed owners of some tall buildings in a difficult position.

Where the fire safety status of cladding used on buildings over 18m (six-storeys) high is unknown, valuers have moved to assess privately owned flats within these buildings as being worthless, leaving owners unable to sell, remortgage or refinance these properties.

In an attempt to break this deadlock, the Royal Institution of Chartered Surveyors (RICS), the Building Societies Association and UK Finance unveiled a new industry-wide valuation process for buildings above 18m in December 2019, known as the External Wall Fire Review (EWFR).

In practical terms, the 18m cut-off (which is linked to the reach of fire and rescue service equipment) covers almost all developments in urban areas, both existing and planned, where limited land availability and high demand necessitates building upwards, rather than out.

The EWFR process, which requires buildings to undergo a fire safety assessment by a “suitably qualified and competent professional”, is intended to provide “assurance for lenders, valuers, residents, buyers and sellers” that their property is both safe and retains its market value.

Although the process is the result of “extensive consultation with a wide range of stakeholders including fire engineers, lenders, valuers, and other cross-industry representatives”, and has been broadly welcomed in the absence of alternatives, concerns remain about its usefulness.

Pre-Grenfell, verifying the fire safety of cladding was not a major priority for funders or insurers of property developments. Most took at face value assurances that the materials used in the UK’s high-rise buildings complied with all relevant safety regulations.

The official inquiry into the Grenfell disaster found that combustible Aluminium Composite Material (ACM) cladding (widely used in tall buildings but subsequently ruled non-compliant with Building Regulations) was the “principal reason” for the spread of the fire that led to the deaths of 72 people.

Government estimates in the wake of the disaster indicated that more than 300 buildings (158 social housing schemes and 130 private sector buildings) over 18m tall in the UK contained ACM, but the number of buildings with untested cladding is potentially a much larger problem.

The private sector buildings found to be at risk included blocks of flats, student accommodation, and hotels.

In response, in December 2018 the government published its Advice Note 14, placing the responsibility on owners of buildings taller than 18m to check for combustible materials in the external wall systems of their stock and remove any if found.

This guidance led to a number of issues for leaseholders and freeholders of individual properties within buildings, including the cancellation of property sales and sellers having their properties valued at £0, if they could not provide evidence that the external wall system complied with Advice Note 14 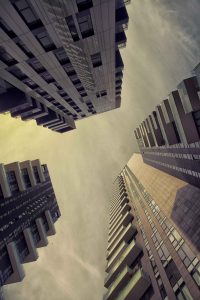 For existing buildings, there is a significant risk of failing the assessment. If this happens, building owners are likely to face huge costs to undertake the work required to make the property safe.

Failing the assessment could also lead to litigation from individual apartment owners within the buildings, if the value of their property is adversely affected or if they are asked to pay towards the cost of replacing cladding.

The RICS press release announcing the EWFR did not give any indication of the anticipated cost or time involved in completing the assessment, and it is unclear who would foot the bill in cases where buildings contain several individually owned properties.

In some instances, freeholders may not be contractually allowed to pass the cost of EWFR certificates on to leaseholders.

In May, the government said it was making £200m available to replace dangerous cladding in around 170 privately owned high-rise buildings, but many fear this will only cover a fraction of the cost.

For buildings currently in development, developers have the opportunity to address these issues upfront and establish whether or not their funders require them to adhere to the EWFR and who will pay for it.

In addition, in November 2018, the government introduced a series of amendments to the Building Regulations prohibiting the use of combustible materials/products in the external walls of residential buildings above 18m in height.

Even if the initial funder does not ask a developer to conduct the assessment on the basis that they can prove compliance with the updated Building Regulations, the developer may be better off performing the EWFR at the outset anyway, to avoid running into problems further down the line when it comes to refinancing the property.

In most cases, the developer is likely to have to foot the cost of the assessment and either absorb that cost or seek to pass it on through the value chain.

Costs aside, if the process is fairly quick to complete, developers will have little reason not to conduct the assessment, especially if it is adopted as industry best practice.

However, if it is likely to delay completion of the build, which is a distinct possibility given the limited number of qualified assessors, developers and their funders may be more reluctant.

Another issue to consider is that the EWFR certification is only valid for five years, meaning that repeat assessments will be required over time.

In the wake of the Grenfell disaster, insurers are increasingly excluding cladding from professional indemnity (PI) policies, which protect construction professionals against negligence claims.

Anecdotal evidence from building contractors, architects and surveyors indicates that where insurers are willing to provide cover for cladding, insurance premiums have increased significantly and many are demanding additional risk management measures be put in place, such as fire wardens, second staircases, sprinklers and fire doors.

This reflects a wider societal push, post-Grenfell, to put safety before profit in building developments, but could significantly curtail real estate investment if investors are not confident of recouping the cost of additional safety measures in asset appraisals.

It remains unclear whether insurers will be prepared to provide PI cover for experts carrying out checks under the EWFR, thereby threatening to nip the initiative in the bud, as assessors will not be allowed to conduct the reviews without insurance.

At the time of writing, the Association of British Insurers (ABI) had not commented publicly on the EWFR announcement.

The future of high-rise

While high-rise residential and office space continues to be a desirable option for many, the fallout from Grenfell has refocused debate on the future of tower blocks as a housing solution.

In order to meet housing targets, particularly in urban areas, there are few alternatives to high-rise buildings when it comes to delivering high-density accommodation, although pioneering examples of next-generation “townhouse” style developments are proving popular.

New high-rise buildings must pass very stringent legal approvals and inspections, irrespective of whether or not they undergo the EWFR. This helps create certainty about the safety of properties and protects the value of assets for funders and freeholders, and may negate demand for further non-mandatory fire safety assessment of construction materials for new builds.

On the other hand, there has been a visible shift in favour of private rented sector (PRS) building models managed by a single owner, which does away with the issue of multiple freeholders within a single building and may make adoption of the EWFR smoother.

Ultimately, adoption is usually driven by legislation and commercial factors, so if EWFR becomes legislation or if valuers/funders start making significant deductions on building values if the process has not been completed, it is likely that the industry will adopt the process quickly. 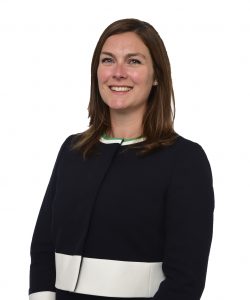