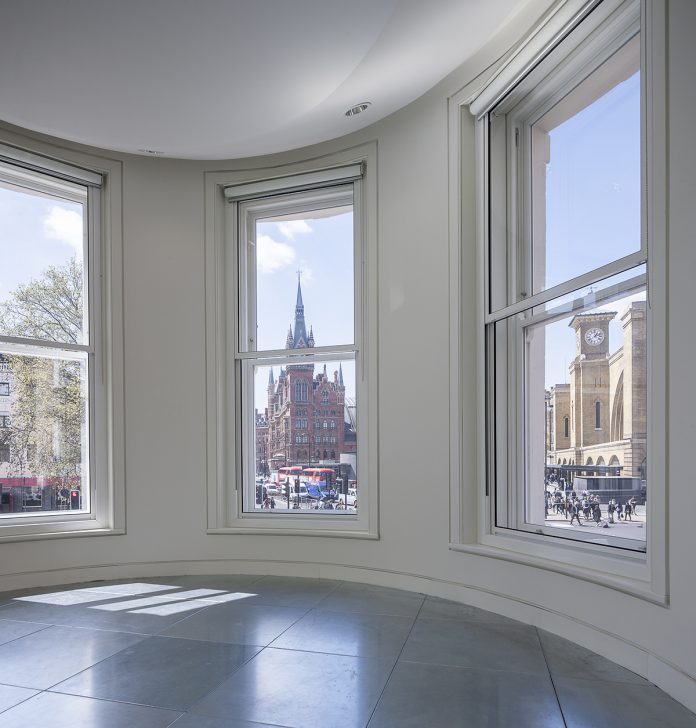 Most are thermally inefficient, draughty, noisy and insecure; all of which can be helped through the addition of secondary glazing

Both heritage bodies and conservation professionals recognise that buildings at risk, when renovated, must be adapted for modern usage.

Selectaglaze secondary glazing systems using low emissivity glass can reduce heat loss by more than half and achieve a U-value of around 1.9. With sealed unit glazing this is further reduced, and a figure as low as 0.8 can be achieved.

Secondary glazing is also an efficient method of reducing background noise, helping create a more relaxed environment. Sound travels through a primary window by a vibration of the glass. Adding secondary glazing forms a cavity, which reduces resonance and provides a second barrier for the noise to travel through.

Selectaglaze secondary glazing creates a second barrier of protection from the inside that can prevent the most determined thief or even protect the occupants from the effects of bomb blast.

Securing the contents of a building is essential; be it physical high value objects, highly sensitive data or the people within.

The Old Toll House, located on Clopton Bridge in Stratford-upon-Avon, was built over 200 years ago in 1814. Since its closure as a timber yard in 1991, the Toll House has stood empty and subsequently fallen into serious disrepair.

Historic building contractors Stone-Edge took on the project to restore and refurbish the grade I listed Toll House.

The original windows were removed and repaired ready for reinstatement. Even after thorough refurbishment, the performance of the single glazed timber windows was deemed inadequate for modern needs.

Stone-Edge, together with Mark Evans Architects, approached Selectaglaze to deal with the Old Toll House’s requirements. Selectaglaze installed eight units on the ground and first floor.

It was critical that any secondary glazing treatment blended in with the original gothic headed casements. Selectaglaze Series 45 double side hung casement with matching gothic arch was chosen.

Over the years, the building was left abandoned and fell into such disrepair that it featured on Historic England’s Heritage at Risk Register.

Unlike much of our architectural history which is left to ruin, this building has been given a new lease of life. As the Gothic Revival building is grade II listed, original features had to be retained and restored.

Appointed main contractor, Ken Biggs, approached Techniglaze, a partner of Selectaglaze for over 20 years, for assistance with secondary glazing. Eighteen openings were treated, all very irregular in size and shape. The high-performance seals and use of low-E glass in the secondary glazing has improved the thermal performance of the building and created a more comfortable environment.

Like another former building at risk Selectaglaze has worked on, The Lighthouse, Kings Cross, which has now become offices; the once-derelict Gatehouse has now been repurposed as a museum, gallery and heritage hub.

It makes Selectaglaze proud to be involved in projects that sensitively restore and retain an architectural history for future generations.

Selectaglaze will be showcasing a variety of secondary glazing products at Futurebuild from 5–7 March at ExCel London (Stand D21).