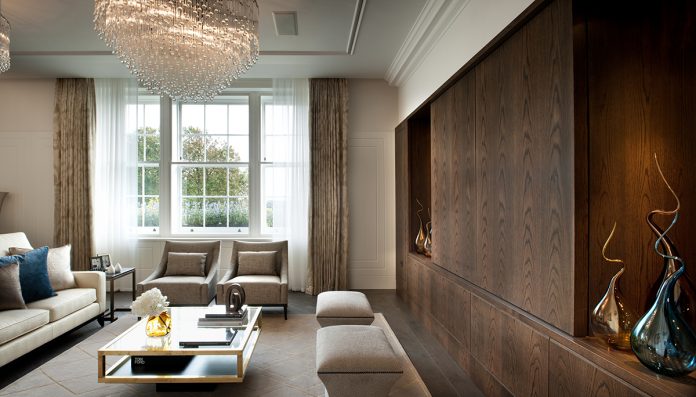 They may look beautiful, but original windows cannot perform to modern expectations and usually need a makeover when a listed building is being transformed.

Installing subtly designed secondary glazing in high-end residential conversions will ensure primary windows will retain their original elegance, while enhancing the thermal, acoustic and security controls, bringing them up to 21st century standards. 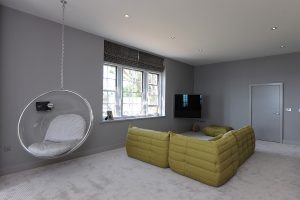 It is not possible to get planning permission to alter the fabric of listed buildings when they are being converted into modern homes or apartments, and those type of properties are often draughty.

Secondary glazing delivers a range of benefits without disturbing the aesthetics. Treatments are bespoke to meet the unique requirements of any period building that needs to be modernised sympathetically.

Selectaglaze secondary glazing systems using low emissivity glass can reduce heat loss by more than half and achieve a U-value of around 1.9. With high performance sealed unit glazing this is further reduced and a figure as low as 0.8 can be achieved. 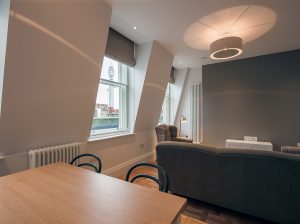 Secondary glazing is also an efficient method of reducing background noise, helping create a more relaxed environment. A sound level reduction of 45dB is possible. Selectaglaze secondary glazing creates a second barrier of protection from the inside that can prevent the most determined thief or protect the occupants from the effects of bomb blast.

Winner of the best residential renovation in the UK 2014-15, 5-6 Connaught Place, was exquisitely transformed by Redrow London into exclusive luxurious apartments.

Located in the heart of London, overlooking Hyde Park, these gorgeous Grade II listed properties have the affluent shopping districts of Bond Street and Savile Row nearby, as well as the cultural nightlife of the West End within easy walking distance.

Originally built as townhouses in the early 19th century by Graham Taylor, his work was influenced by the Georgian and Regency periods. This can be seen throughout the buildings with features such as stucco façades, and wrought iron verandas. After the Second World War, the properties were converted into office space and have now been restored to their original purpose – luxury homes fit for 21st century living.

To ensure the apartments were peaceful, John Sisk & Sons sought advice from Selectaglaze to assist in reducing the external noise levels. With 50 years’ experience, Selectaglaze is the leading specialist in the design, manufacture and installation of secondary glazing.

Working closely with Redrow London and John Sisk, Selectaglaze first installed a sample unit to show the reduction of noise that can be achieved and how unobtrusive secondary glazing can be. Satisfied with the performance and aesthetics, Redrow London engaged Selectaglaze to complete the rest of the building.

A total of 69 units were installed in five different unit styles, all using toughened safety glass. Curved units were also installed to mirror the styles of the primary windows. Each secondary glazed unit was tailor made to ensure the closest fit and included high performance seals to reduce unwanted draughts and outside noise.

Many of the properties in Regent Street have been rejuvenated in recent years in a bid to keep this sought-after area at its very best. A recent example of this is the conversion of two disused office buildings. One, Albany House on the corner of Regent St and Mortimer St, and another in Mortimer St. These have been redeveloped by the Crown Estate to create 24 high-spec luxury apartments, a stone’s throw away from some of London’s most desirable retail and nightlife attractions.

This presented the challenge of creating a comfortable and peaceful living environment in an area constantly on the go. Being Grade II listed, the original single glazed sash windows could not be altered in any way so careful thought had to be given to dealing with traffic noise and the drafts and heat loss associated with older windows. MSMR architects approached Selectaglaze to assist in developing a solution.

Selectaglaze developed a range of designs to meet the performance requirements and to be sympathetic with the overall design. This included one particularly noisy balcony, which was treated with large hinged secondary doors glazed with 10.8mm laminated glass. The inclusion of Selectaglaze secondary glazing for both thermal retention and noise insulation contributed towards the properties being awarded an Eco Homes Excellent rating.

Selectaglaze, founded in 1966 and granted a Royal Warrant in 2004, has a wealth of experience designing, manufacturing and installing discreet secondary glazing treatments for all ages and styles of buildings – making them warmer, quieter and safer environments.

The company offers a wide range of tested products covering acoustic and thermal performance, along with protection against intruder and blast mitigation. Selectaglaze secondary glazing is fully fabricated in-house and delivered to site by Selectaglaze installation teams. 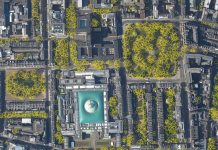