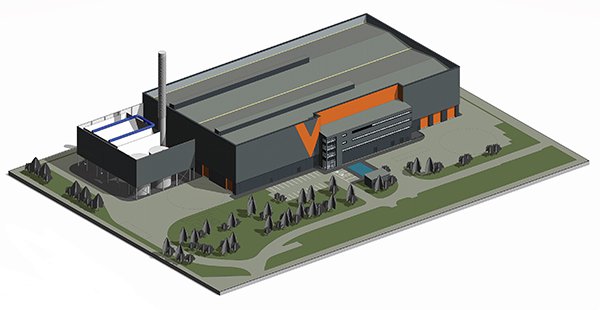 In addition to generating 18MWe of low-carbon electricity, the Drakelow Energy from Waste facility will also make a valuable contribution to diverting waste from landfill with the capability of processing 169,000 tonnes of non-recyclable Refuse Derived Fuel (RDF) each year.

Ashley Malin, Vital Energi’s project development director, said: “The UK faces many environmental challenges and this facility is an exciting opportunity to reduce carbon emissions and divert waste from landfill. We are extremely excited to be delivering and operating this facility, which will make a positive contribution to the UK’s low-carbon infrastructure.

“We have worked with a team of industry experts in the Energy from Waste (EfW) sector to bring this project to market and we would like to thank them for their contributions to deliver a major project that will contribute to the UK’s low carbon infrastructure.”

Vital Energi has been supported by a range of specialist companies which includes:

The RDF is combusted, and the syngas produced during this process is then consumed by the boiler to create steam which then drives the 18MWe steam turbine which generates electricity.

An additional benefit of the project is that Vital Energi has designed the facility so that the heat generated can be used to provide heat and hot water for nearby developments should demand arise.

The new energy from waste facility is scheduled to be completed by 2023.