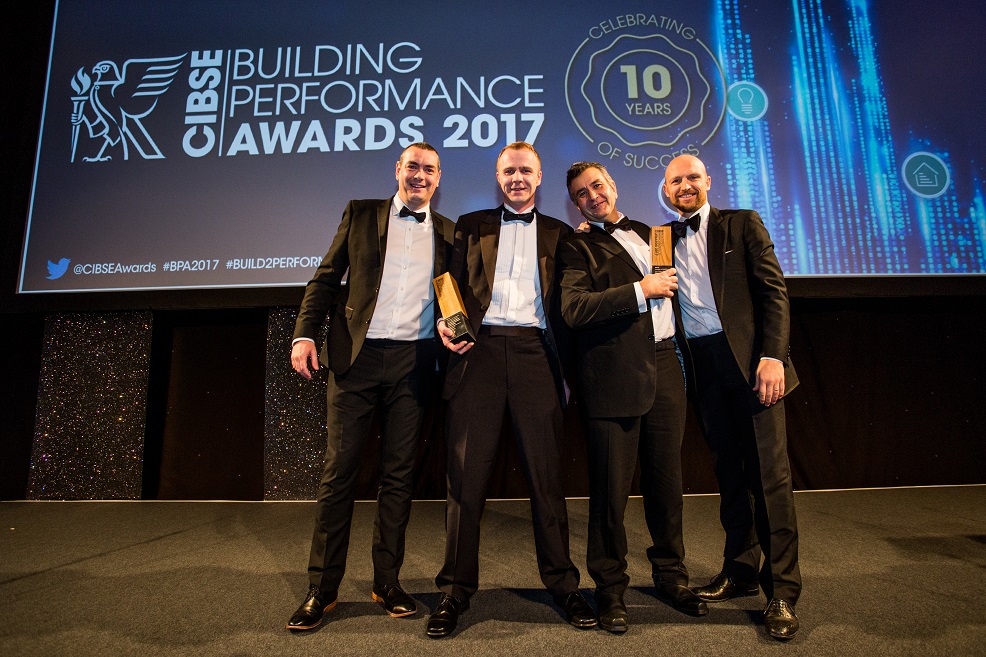 After winning a fourth prize at the Building Performance Awards the University of Bradford has been labelled an ‘inspiration’ to the sector.

The University of Bradford was named Carbon Champions in 2012 and has done much over the years in the name of sustainability. This includes decreasing its carbon footprint by 35 per cent in a decade and cutting utilities costs by 27 per cent to save £8m.

Furthermore, Bradford’s City Campus is the only place in the world where a single estate has three BREEAM Outstanding buildings and a Passivhaus building within 100 metres of each other.

Co-Vice Chair of the CIBSE Facilities Management Group David Stevens said: “The Bradford team have a truly inspirational approach to facilities and sustainability management, and their continued success at the Building Performance Awards is testament to the great work being done out there by facilities managers in all kinds of industries.

“Their active engagement of stakeholders, such as joint ventures with academics, and commitment to sustainable development, evidenced by three BREEAM ‘Outstanding buildings and a Passivhaus Building, showed true commitment to estate improvement and carbon reduction”

The university was recognised for implementing measures that addressed their estate and how occupants use it. The ‘Ecoversity’ programme was achieved through determination from both students and staff to tackle sustainability issues around the university.

Bradford, like many UK universities, had a challenge with its facilities management landscape as its buildings vary in age. Most of Bradford’s stock dates back to the 1960s and 1970s. This brought issues with poor thermal performance, asbestos and substandard glazing.

Rolling energy audits are also carried out to identify other issues such as water usage and air conditioning usage.

The awards were granted to the university due to the high quality data provided by the team at Bradford, as well as evidence that carbon plans and targets were constantly and continuously being challenged.