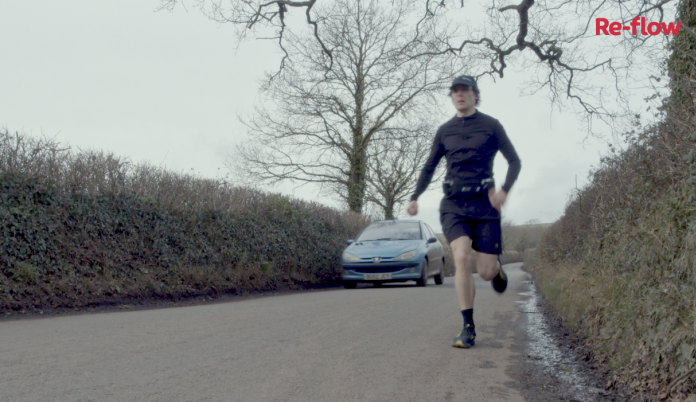 Michael Saunders, the co-founder and managing director of award-winning software company, Re-flow, prepares to undertake an ambitious fundraising effort for the suicide prevention charity, PAPYRUS, and to raise awareness for construction suicide

Saunders is challenging himself to run 400 miles over 4 weeks, in an aim to raise money for the suicide prevention charity and raise awareness of the rising, disproportionate rates of suicide in the construction, highways and rail industries.

PAPYRUS statistics indicate suicide is the biggest killer of under 35s in the UK, an issue that’s particularly present in the industries Michael and the team at Re-flow serve. 15 out of 100,000 men, and 5 out of 100,000 women lost their lives to suicide in 2020(1).

Whilst suicide numbers remain inconclusive for the highways industry, 40% of workers report struggling with mental health issues(3), which has now risen to be the second biggest cause of work-related ill-health in these industries(4).

While suicide is not always linked to mental health, this could suggest that this growing problem doesn’t affect the construction sector alone, but also similar sectors such as highways, rail, and civil engineering.

Michael will run 400 miles and climb 40,000 feet as part of the Re-flow/PAPYRUS partnership

Hoping to raise awareness of these issues and raise funds for the charity, Re-flow is beginning their partnership with PAPYRUS, commencing with Michael’s 4-week-long run to and from work, 5 days a week.

Each run is 10 miles and approximately 1000 feet of elevation between his home in Cheriton Fitzpaine and the Re-flow office in Exeter, Devon. It is estimated that Michael will run a total of 400 miles and climb 40,000 feet– equivalent to climbing Mount Everest one and a half times.

Outside of his responsibilities as Managing Director, Michael spends much of his free time active, being an avid martial artist and experienced long-distance runner. He’s participated in numerous marathons and ultra-marathons. Wanting to make a strong, personal contribution towards the company’s efforts, Michael now undertakes his greatest physical challenge yet.

All funds raised will go to PAPYRUS Prevention of Young Suicide

All proceeds from the run will be going to PAPYRUS Prevention of Young Suicide, a UK charity dedicated to the helping individuals under 35 struggling with suicidal thoughts and behaviour.

Founded in 1997 by a group of bereaved parents, the charity has since grown to be the leading youth suicide prevention charity in the country. Staffed by trained suicide prevention advisers, they offer multiple contact channels, including their helpline – HOPELINEUK – through which under 35s struggling with thoughts of suicide can seek help and advice. The charity also specialises in suicide prevention education and affecting change in current legislation around suicide prevention on a regional and national level.

For more information on how to support the efforts of Michael, Re-flow, and PAPYRUS, visit https://re-flow.co.uk/run