Home HR & Skills News How will Brexit impact the retention of skilled workers in construction?

Jerald Solis, business development and acquisitions director of Experience Invest, looks at the challenges facing the construction industry, and what both the government and industry bodies can do to ensure the retention of skilled workers following Brexit

The countdown to Brexit has been extended, with the European Union agreeing after some debate to push the UK’s withdrawal date back to 31 October 2019. However, given the current political deadlock in Westminster, it remains to be seen when the withdrawal deal will be finalised, and what it will ultimately mean for the country’s leading industries.

A cornerstone of the UK economy, it is particularly important to explore what Brexit will mean for the construction industry. Positively, a cursory glance at the performance of the industry since the 2016 EU referendum shows us that the sector has remained robust even in times of uncertainty.

So as preparations for Brexit continue, what obstacles could we expect the industry to face as a result of Brexit?

What could happen to our skilled EU workers?

An immediate challenge that is likely to present itself post-Brexit is access to skilled EU workers. It’s no secret that migrant workers from across the European Union play a vital role in delivering UK infrastructure and housebuilding projects. In fact, an estimated 7% of workers in the construction industry are EU nationals, with this number jumping to over a quarter (28%) in London.

Withdrawing from the customs union means that the free movement of people is likely to come to an end, and subsequently EU nationals’ automatic right to work in the UK. This naturally raises questions about the future status of these workers in the UK, including what visa systems might be introduced to facilitate living and employment.

Will the government apply its Tier 2 visa regulations to EU workers as is currently the case with non-EU workers residing in the UK? Or alternatively, will it consider a new visa category to ensure the country can maintain a skilled workforce?

Any Brexit strategy should involve collaboration between industry and government to agree how to maintain access to skilled EU construction workers. Meanwhile, current immigration policies must urgently be reviewed to offer greater clarity for both construction businesses and their workers.

What does this mean for the country’s construction companies? According to Build UK, more than £10bn worth of construction products are imported from the EU each year, representing nearly 15% of all products used in UK construction.

Losing tariff-free access to the single market lends itself to concerns about the accessibility of these materials post-Brexit. In this scenario, construction companies are likely to face higher taxation rates, as well as limits on quantities of imported materials.

Increasing focus on the manufacturing of British construction products and materials should certainly be encouraged, however it is also vital for the government to work on establishing a fair withdrawal deal with the EU that protects trade. Given the current uncertainty about the terms on which the country will withdraw, efforts must also be ramped up to offer construction companies comprehensive advice as to how best to prepare themselves for such a possible outcome.

Let’s not forget the housing crisis

Brexit has long been dominating the political agenda, and while it is important to focus on making the final preparations for our withdrawal, we also cannot forget other pressing long-term challenges facing the country.

The national housing crisis immediately comes to mind; an issue of high priority given the stark imbalance between housing supply and demand. This concern is of particular relevance given the impact that losing access to skilled EU workers and construction products could have on housebuilding efforts.

In light of this slow progress, there are fears that housebuilding targets are too ambitious. The industry must therefore work hand in hand with the government to ensure that solving the housing crisis remains a top priority. This must necessarily start with diverting more resources towards the industry, supporting talent – both domestic and overseas – and employing creative measures to speed up the rate of housebuilding.

As with any major political transition, there will undoubtedly be a short-term period of change as the country becomes accustomed to Brexit. However, the future of the industry looks promising – no less because of the pipeline of building projects in progress across the country, including transport projects like HS2 and residential housebuilding in flourishing regional hubs like Liverpool and Newcastle. What we need now is greater clarity regarding access to essential talent and materials from the EU to ensure that the UK can keep up with construction demands. 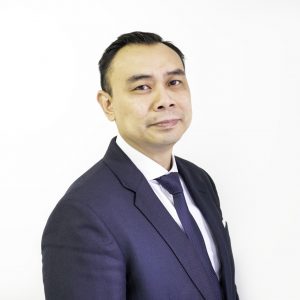