Women Count 2018 found that in the last three years there has been no progress on gender diversity in senior roles in the FTSE 350 – and by some measures, it is going backwards

Women Count is the third annual report by The Pipeline, which tracks and analyses the number of women on Executive Committees of FTSE 350 companies. The report found that:

Representation on Executive Committees, unlike representation on Boards, is the best measure of gender equality in the FTSE 350 because executives have power in the running of a company.

There has been progress in this sector, as they have seen a big increase in percentage of FTSE350 companies with 25% or more female representation on Executive Committees (2017 had 6% and this year had 36%), however the same number of companies that have 25% or more representation of women, have no women at all.

Analysis from the report also demonstrated the economic benefits for companies who have women in more senior roles.

The report also found that female CEOs are instrumental in recruiting more women to senior positions.

“This lack of progress calls into serious question the possibility of achieving the UK’s target of 33% by 2020 which I set in response to the Davies Report, as Minister for Women and Equalities in 2015. Businesses that don’t understand the need to appoint more senior executive women are failing to meet their full potential. I ask them to read this report and wake up to reality, in their own interests and the country’s interests.”

“This research shows again that we still have relatively few women in the most senior executive roles across business in the UK.

“We are continuing to make progress on women becoming non-executives on boards, but the top executive positions are still largely male. I think it’s excellent that The Pipeline’s report is focused on executive committees.

“We are at a critical juncture for gender equality in the workplace and this report has issued a stark warning. This is an alarm bell for everyone who supports the Hampton-Alexander recommendation to Government to achieve 33% representation of women on FTSE 100 executive committees and their direct reports by 2020.

“Government and business leaders must sit up and take notice. If we carry on as we have been doing – we will miss these targets. This doesn’t just fail women but it fails us all and our economy too. The Women Count 2018 report lays bare how the lack of women in senior roles hits companies’ bottom lines – limiting the profitability of leading businesses and in turn, hurting UK plc in the pocket.” 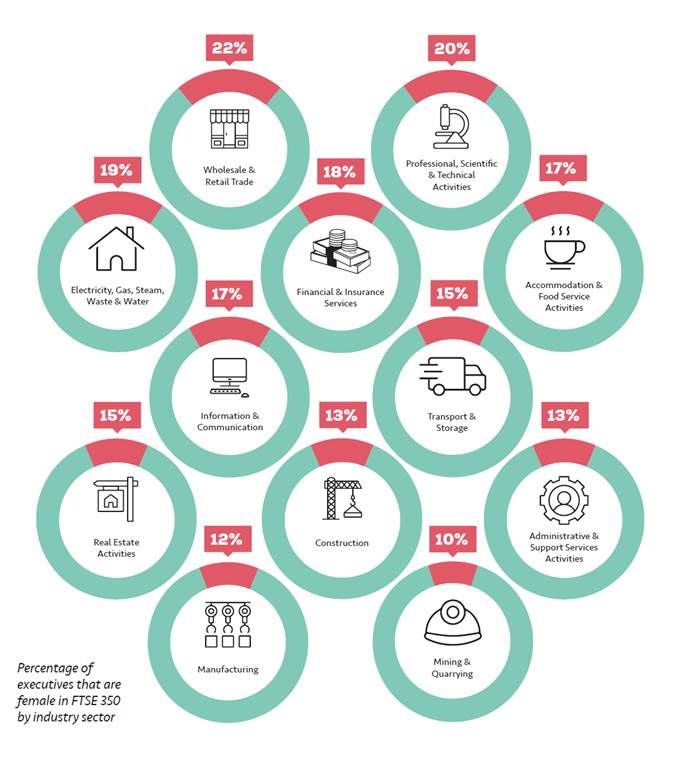