Construction SMEs are leading the recovery in the industry, as they prove to be more resilient than their larger counterparts, according to analysis from Hudson Contract

Construction SMEs have proven to be more resilient during the economic downturn than their larger counterparts.

New analysis from Hudson Contract suggests that large ﬁrms have cut 30% of subcontractors since the week before lockdown.

SMEs appear to have recovered more strongly and are using 21% fewer subcontractors. 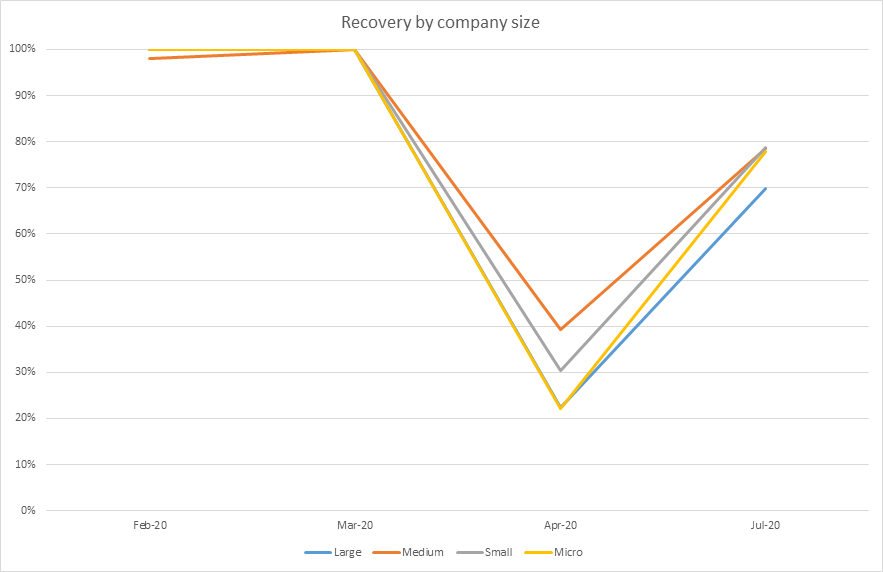 Ian Anﬁeld, managing director of Hudson Contract, said: “Our ﬁgures show how SMEs are leading the recovery in the construction industry.

“Smaller companies are proving more resilient, agile and adaptive to the new circumstances and are investing in skilled subcontractors to retain productive labour and ﬁnish jobs.

“They will help Britain to build the new homes and infrastructure we need to ensure a sustainable economic recovery.”

Anﬁeld added: “By contrast, large construction ﬁrms tend to work on more complex projects which have been hit harder by the downturn.

“They are also reporting a shortage of labour as a result of generous Government support schemes.”

The activity levels of large ﬁrms have recovered since the depths of lockdown when the average number of subcontractors paid fell by 77%.

The analysis reﬂects the labour demands of micro, small, medium and large companies that continued to operate during the period.

Overall, average weekly earnings for subcontractors recovered by 4.8% to £889 during the month of July, the highest number since March.