Recent data shows demand for groundworkers has passed the pre-lockdown peak, suggesting a V-shaped recovery is on the cards for the UK construction sector

Demand for groundworkers is a leading indicator of housebuilding activity. The analysis of payroll data by Hudson Contract shows the number of groundworks operatives paid in the week commencing 29 June reached 6,467.

The main task of groundworkers is typically to prepare construction sites for the shallow foundations of new homes.

Ian Anfield, managing director of Hudson Contract, said: “Every trade follows the groundworkers so they are the best indicator of what is happening.

“We are quite surprised at these findings because a number of our large clients have not yet returned to full capacity with their labour needs.

“But many smaller construction firms are very busy as a result of pent-up demand to complete smaller housing developments.

“Our field agents tell us that housebuilding activity is recovering strongly in places like Greater Manchester but more slowly in the East Midlands.

“Interestingly, we paid more operatives with Leicester postcodes after the second lockdown was announced than we did before the measures were reintroduced.”

Overall, Hudson Contract found that labour demand dropped to 30% of capacity during April but has now recovered to 74%.

Analysis of Hudson payroll data for more than 2,500 construction companies shows the average weekly earnings for freelancers in June was £848, compared to £827 in May and £734 in April. 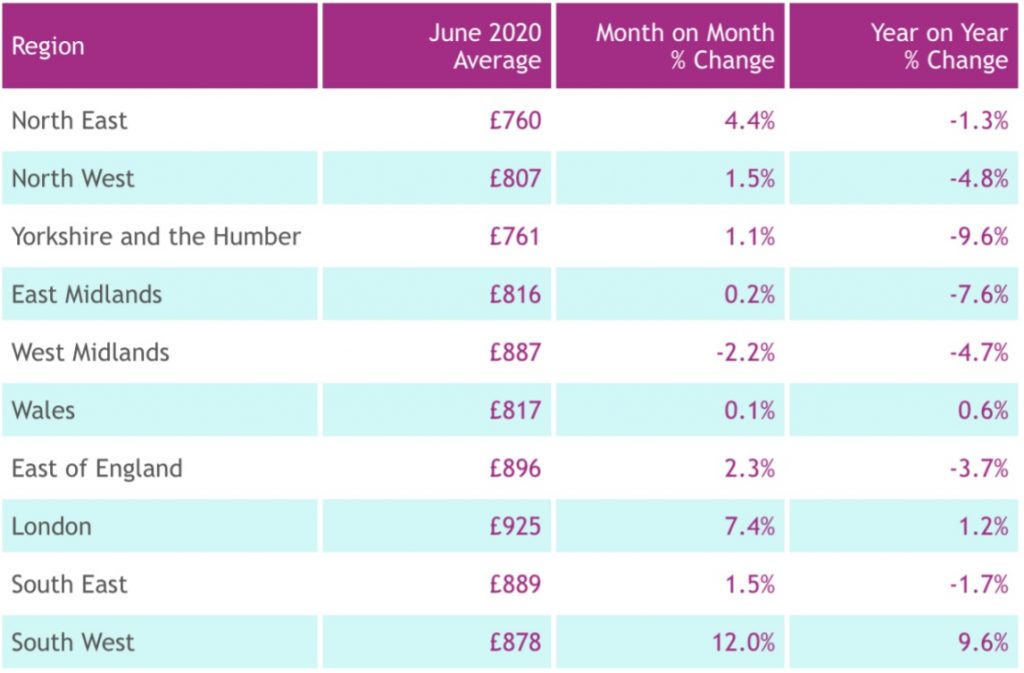