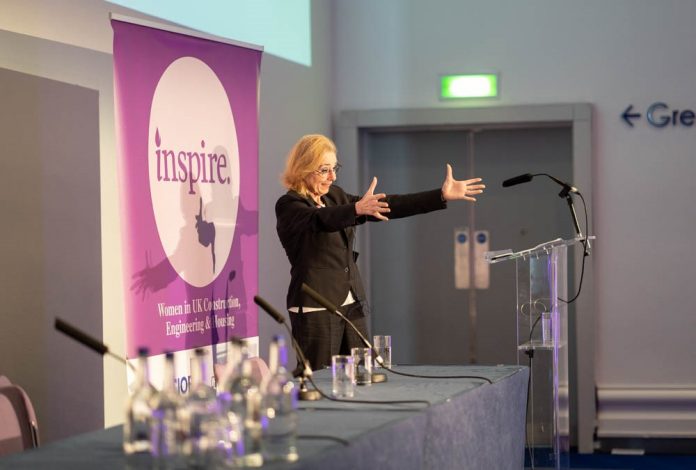 This week in Manchester, Barbara Res – the woman appointed by Donald Trump in 1980 to manage the construction of Trump Tower – spoke to people in the construction industry about the challenges of being an engineer on one of the world’s most iconic buildings, along with the issues faced by women in construction

Barbara’s presentation was the conclusion of a day-long conference and exhibition – Inspire Summit – which saw hundreds of people working in construction, engineering and housing come together at the Bridgewater Hall to discuss how more women can be attracted to working in their industries. Taking place during Manchester Construction Careers Week, an initiative organised by Built Environment Skills in Schools, students and apprentices from across Greater Manchester also attended to hear about the varied careers in the sectors.

During her presentation, Barbara explained the difficulties she faced as a young woman in the 1970s and 80s who had chosen the male-dominated world of engineering and construction as a career. She spoke of being told during one of her first jobs by one of her male colleagues that “women weren’t allowed on site” because “their hair is not conducive to wearing hard hats – and their clothing, especially their shoes, won’t work with construction.”

She went on to explain how she was eventually noticed by Donald Trump thanks to her work on a hotel project, who said he wanted her to manage the construction of Trump Tower.

Barbara said: “I was better than the others, and that’s the truth. I went into meetings and told people they were wrong and that we’re not paying for this. Trump loved it. When he hired me he called me a ‘killer’. And that’s what he wanted. He hired me to build Trump Tower. He told me that men were better than women, but a good woman was better than 10 good men. He thought this was a compliment.”

After years of working alongside Trump, Barbara finally left when she said he turned on her. “Trump – he’s like how you see him. He respected me – he knew if he turned on me, I’d quit. But one day on a project he made a decision that I disagreed with. In front of all the partners, he started railing against me, blaming me for everything and I jumped on him. But after that, it was over. I told him he didn’t need me on the project and I quit. That was the end of me working with Trump.”

Now in its second year, Inspire Summit is an annual conference and exhibition that brings people working in the construction, engineering and housing sectors together to explore how to make the industries more diverse and inclusive. The aim of the event – which was sponsored by Chartered Institute of Building, Galliford Try Partnerships, Redrow, Wates and Women in Roofing – is to drive solutions to help strengthen and future-proof the industries.

The day included a busy schedule of engaging presentations, thought-provoking panel discussions, lively debates and hands-on activities for businesses and organisations, as well as sessions specifically targeted at students and apprentices. Topics covered issues such as the business case for gender parity, flexible working, the importance of role models and the gender pay gap. 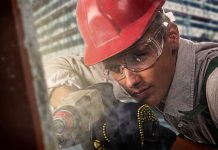