Samuel Hunt, Co-Founder and CEO of MaterialsMarket.com, gives his view about sexism in the construction industry

Sexism has long been an issue in the construction industry and if recent studies are anything to go by, we can assume that it is in fact worse now than it was in the past.

An annual Women in Construction study recently revealed that of the 4,200 construction workers that were surveyed, 41% of women said they had received inappropriate comments from a male colleague in the workplace, compared to 28% of women in all workplaces in 2018.

When the report asked construction workers why they thought so many women leave the industry, almost half (47%) cited the male-dominated culture, while 30% blamed outright discrimination. While reports of sexism against women far outweigh those against men, the findings suggest that the issue is not solely one-sided, with 8% of men reporting being on the receiving end of inappropriate comments made by female colleagues.

Whether the rise in reports of discrimination is due to an increase in actual cases or down to more people feeling confident and empowered enough to come forward about prior experiences, it is clear the construction industry still has a long way to go if it wants more women to join the trade, and for those already employed to feel confident in their ability to progress.

When it comes to assessing how we can resolve these issues and bring about change, we must look to those in the industry who are reporting cases of sexism and other forms of discrimination.

When asked how we can persuade more women to stay in the construction industry, for example, the Women in Construction study found that over half of women (52%) wanted more equal opportunities, while 50% felt that flexible working hours would be a positive step forward.

Shockingly, a quarter of respondents (25%) expressed that a more serious approach to sexual harassment was needed in the industry – suggesting that many claims are still not being taken seriously.

Training on sexism and sexual harassment

Increased training on sexism, sexual harassment and other discrimination is just one way to help combat sexism in the construction industry both now and in the future. Additionally, training on the more covert forms of sexism such as language – “stop being such a girl”, “man up”, etc. – needs to be pushed and claims on such issues taken more seriously.

Studies suggest that a continued lack of women in the construction industry plays a big role in the ongoing sexism faced by many. While women can, of course, direct sexism to others of any gender orientation, the lack of women in roles higher up and female voices speaking about relevant issues may be what is stunting the industry’s development in problem areas.

The study, Women in Construction, revealed that 49% of female respondents felt that a lack of female role models in the industry was a factor for them being unable to progress in their field.

Industry professionals need to actively work towards recruiting women at all levels, and perhaps even work with schools to eliminate the idea that construction is just for men.

‘Have a thick skin’

Another issue within the construction industry is the stereotypical view that people need to have a thick skin and that they should be prepared to take the insults as banter and “just a joke” – regardless of your gender, sexual orientation or race etc. Not every business within our industry is like this but unfortunately it does still happen.

Other industries – hospitality, office work, healthcare, etc. – have more stringent processes in place to address this kind of behaviour, and while some businesses in construction do have rules, there is a stigma that anyone complaining about ‘banter’, which is actually discrimination (whether its sexism, racism, ageism, ableism and so on) – is weak in some way.

Being forced to accept it as banter because of some unspoken, outdated rule is toxic and detrimental to mental health. Those in the industry need to work towards changing the narrative and educating and improving processes to help those who have been discriminated against.

Sexism is still a huge problem everywhere, in every aspect of life and work but, as mentioned above, research suggests that construction professionals are hugely affected by sexism, and that instances of discrimination are on the rise. Change needs to happen in every aspect of the industry – from education to recruitment, from the treatment of employees in the industry to how sexism claims made against colleagues are handled.

It cannot simply be the job of those higher up to dish out punishments and take action when problems occur; employees at every level must be able to recognise sexism when it happens and call it out, while feeling supported by their company to address concerns directly. 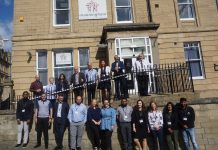 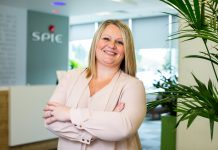