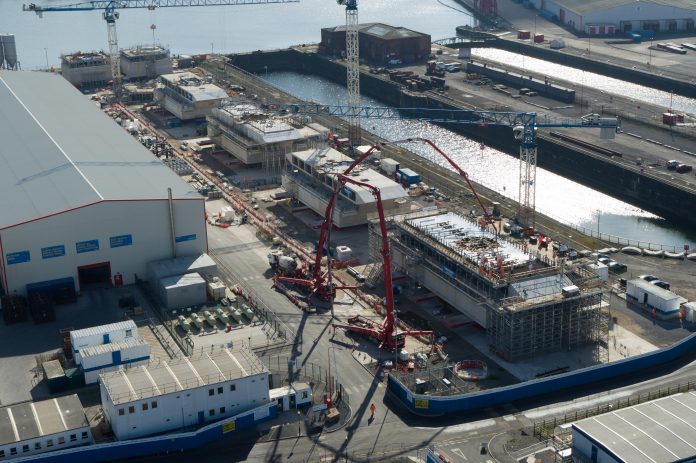 Derek Orr, Balfour Beatty’s project director of new nuclear and major projects, discusses the company’s approach to offsite manufacturing, DfMA and looks at how this was applied on the Hinkley nuclear plant project

In Somerset, in the South-West of England, something huge is happening. At Hinkley Point C construction is well underway to build the UK’s first new nuclear power station in a generation.

Once operational Hinkley Point C will provide low-carbon electricity for around 6 million homes and make a major contribution to the UK’s net zero target. The electricity generated by the two reactors will offset 9 million tonnes of carbon dioxide emissions a year, and around 600 million tonnes over its 60-year lifespan.

Thinking outside the box

Balfour Beatty, the UK’s largest construction company, is delivering three major packages of works at the power station: the electricals, the overhead lines, and the tunnelling and marine works. While all are at a scale and complexity that’s genuinely hard to comprehend, the tunnelling and marine works have provided the greatest challenges and opportunities, driving the necessity to ‘think outside the box’. 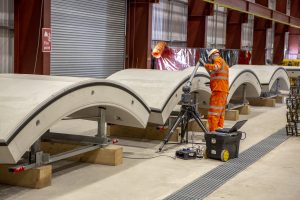 These comprise onshore and offshore works which include boring, and then constructing, the three marine tunnels that will play a vital role in the new power station’s cooling systems. The company utilised modern methods of construction (MMC) from the outset. In general terms, MMC is applying manufacturing approaches to the delivery of construction projects through highly systemised processes, standardisation, sophistication around logistics, and deep integration with the supply chain; all of which is digitally enabled.

Increasingly, Balfour Beatty finds that customers demand that MMC approaches are used in the delivery of their projects. The company’s platform solutions, investment in complementary digital tools and staff development programmes – to help their engineers think like manufacturers – are positioning Balfour Beatty to capitalise as the sector transforms.

At Hinkley Point C, the company faced a particularly complex challenge when it came to designing and building the first-of-their-kind, nuclear-grade concrete ‘Head’ structures. These 4,500-tonne colossal edifices will eventually sit on the seabed capping the vertical shafts that connect to the three water cooling tunnels which sit 24 metres below the seabed in the Bristol Channel. When the Balfour Beatty team first came to the project the initial design plans showed the Head structures to be too heavy.

Balfour Beatty went back to the drawing board and worked with their inter-disciplinary project teams to redesign the Heads in a way that was not just buildable, but with their assembly and eventual placement onto the seabed at the forefront of the design and planning processes. A dedicated offsite facility in Avonmouth was established, enabling MMC methodologies to be further explored and exploited.

Each of the six Heads contains up to 120,000 individual steel reinforcement bars and encast items, all of which were required to be placed to precise tolerances. To ensure precision, efficiency, and nuclear-grade quality control, the site was set up like a manufacturing production line.

This approach meant repeat mistakes could be avoided, while processes became quicker and more efficient, saving time and money, whilst proving that large structures could be built in a world-class, dedicated offsite facility.

Next year the futuristic-looking Heads are due to be lifted out into the Bristol Channel where they’ll be lowered onto the seabed by some of the largest marine cranes in the world, each one bigger than a football pitch. For the time being, these gargantuan feats of engineering sit proudly side-by-side, as they await their final journey. 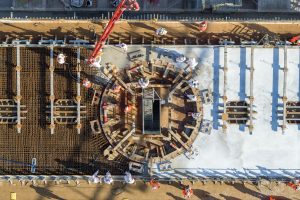 At the same Avonmouth site, just metres away from the Heads facility, another team of Balfour Beatty builders, engineers and highly skilled operatives faced a different type of challenge. The three tunnels that will eventually take water to and from Hinkley’s reactors are each formed of large concrete rings that ‘slot’ together to form the tunnel lining. For the intake tunnels, each ring is made of six individual, large, curved segments and for the larger outfall tunnel, each ring is made of eight segments. In total, the team produced 38,000 segments needed to line all three tunnels.

The manufacturing of the segments was originally envisaged to use a static casting system, where the moulds that the segments are cast in remain in a fixed location and materials such as reinforcement cages and concrete are brought to each in turn. Balfour Beatty quickly realised this process was far too slow and had the potential to jeopardise the project schedule.

They looked instead to the principles of MMC and Design for Manufacture and Assembly (DfMA) and introduced a dual production process; one for static casting, and the other a moving carousel which would operate like an automotive production line of workstations, each repeating the same activity for every mould, ensuring a continual flow 24 hours a day. Segment production doubled in the space of a few months.

Introducing manufacturing line methods brought the added benefit of improving quality control. Each segment needed to be cured to a 28-day strength to ensure nuclear-grade quality and had to adhere to very tight +/- 1-2 mm tolerances, undergoing independent team quality reviews to ensure the high standards were consistently met. The factory environment allowed Balfour Beatty to establish defined areas for different parts of the process, including building a curing chamber with six different channels, ensuring production never ceased. These lean production techniques were adopted to ensure the 24-hour production process was maximised without compromising quality or health and safety.

After more than two years the very last Hinkley Point C tunnel segment was produced in the factory in June this year. The facility’s success was recognised by all involved, and it’s already being utilised by another of Balfour Beatty’s major projects.

By applying and implementing MMC and DfMA methodologies to the tunnel and marine works at the UK’s landmark nuclear power station Balfour Beatty was able to deliver better quality, improved safety, and more efficient timescales. As the sector pivots towards a lower-carbon, digitally-driven future it’s no surprise that the demand for MMC methods is increasing.