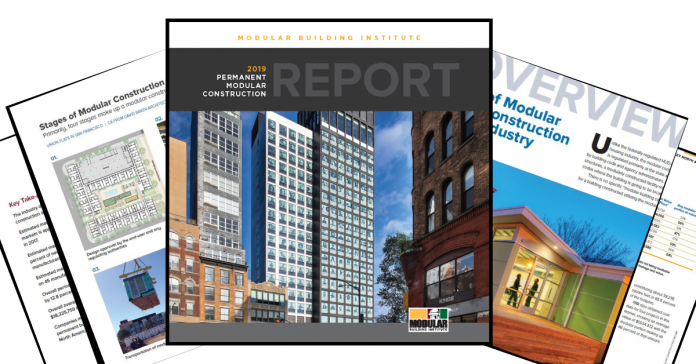 The most comprehensive analyses of the commercial modular construction industry to date has been released to the public by the industry’s largest trade association, the Modular Building Institute (MBI)

MBI made the 2019 Annual Reports publicly available on the association’s website. The reports cover key modular markets, revenue and market share, and growth in various markets and regions.

Data for the reports came from MBI member organisations who responded to research queries from MBI and other available data sources.

Modular Building Institute executive director, Tom Hardiman, referred to the annual reports as “one of MBI’s most valuable member benefits.”

He went on to say, “With the industry still going strong in light of everything that’s been going on, it’s exciting to release these reports and help the industry further leverage this great data. And I’m proud of MBI and its members for leading the charge.”

The reports showcase the most comprehensive data on the industry and have become the leading source of information for investment firms, banks, the media, researchers, consultants, and students.

More recent data is set to be released in the 2020 annual reports. These reports will be freely available to MBI members. Non-members have the option of purchasing the 2020 Annual Reports for $500.

For now, the complete 2019 reports are available to the general public in HTML and PDF format. These can be found on the Modular Building Institute website’s Industry Analysis page.