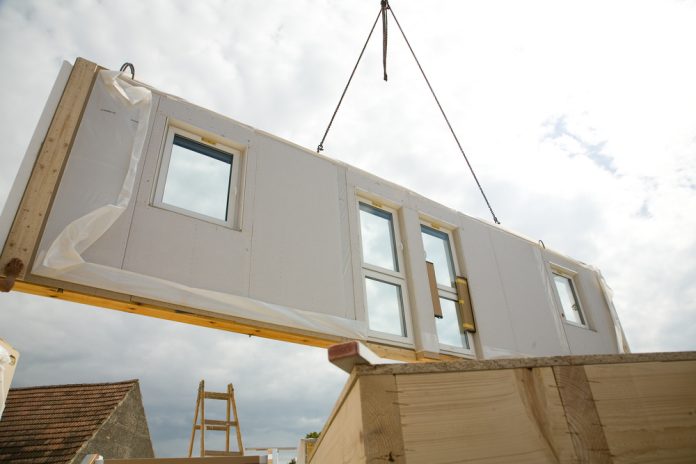 Modular housing is on the up across much of the world, but in the UK it has stalled. There are two reasons for this: one is that traditional houses in Britain are not pre-fabrication friendly; another is our bad collective national memories of the old pre-fab houses from after the Second World War.

The War naturally destroyed lots of civilian houses and this left thousands of people without a home. Pre-fabs were supposed to be a quick fix to a big problem. Many would call the operation a success – after all, a lot of these temporary houses are still standing today – but lots of them suffered the inevitable hiccups of their urgent designs. Poor construction meant many of them leaked and heating quickly evaporated.

So many houses suffered problems that the government even passed the 1984 Housing Defects Act to help the homeowners repair the defects. The Defects Act also named and shamed any property that could be defective as a result of its construction.

Modular housing in the twenty-first century: A new image

Of course, the Second World War was a long time ago and things have improved since then, but collective memory can be a funny thing. It can be hard to erase something that has embedded itself in the national psyche – even if post-War it was considered a luxury to have an indoor bathroom.

New, ‘modular’ housing is built on a permanent basis, and to be as energy efficient as possible. The leaks and thin walls that blemished the reputation of their pre-fab progenitors are no longer an issue.

Developers are also working hard to reconstruct the pre-fab in a progressive, modern, and sustainable image. In many cases most if not all of the building materials are made from sustainable materials – with solar panels, rainwater baffled tanks, and ground heating often coming part and parcel with the construction.

Traditional homes in the UK are brick-and-mortar type builds. This is not as pre-fab friendly as, say, wood, a fact which has only helped to hinder modular housing progress.

It is true that where wood is a common material for housing – such as in Sweden and some parts of the United States – modular housing is flourishing. But just because it is ‘easier’ to use wood, this does not make it difficult to construct modular housing from other resources.

Take, for example, steel. Steel is increasingly common, providing frameworks even for timber constructions. Steel is durable, reliable, and cheap. Steel is also completely recyclable, making it one of the most sustainable materials on Earth. Steel – or at least, the steel-making iron alloy – is abundant throughout the Earth, so there is no shortage of it. The real obstacle is overcoming the steadfast tradition of the brick and mortar household.

It’s not that brick and mortar has an impeccable reputation: many of our beloved houses are plagued with similar problems that blighted the old pre-fabs – problems that modular houses are built to combat.

The irony is that contemporary modular houses are in many cases cleaner, greener, and more satisfactory than traditional brick houses.

A Yorkshire-based factory, Ilke Homes, is currently rolling off eight houses a day in Knaresborough from its production line. These houses are fully fitted, three-bedroom, and some are about a third of the price of an average house.

Furthermore, these modular houses are put together in 10 days – astonishingly quicker than the typical 40 weeks it takes to construct an ‘ordinary’ house. Almost all of the materials that make them are sourced from the UK, including the galvanized British steel frame.

There is both pressure and a sense of opportunity from the government’s pledge to build 300,000 homes every year. According to one housebuilding report by Knight Frank, almost nine out of 10 respondents in a survey believe modular housing will play a crucial role in meeting house supply in the long term. With more factories like Ilke’s coming online, you can bet the quiet revolution is already underway.

The housing market is being prompted by the challenges of mass immigration, a shortage of construction workers, an ageing workforce, and the increasingly high-levels of traditional building materials, such as bricks. Modular housing may prove to be the only answer, at least for now, to the housing crisis.

The future of modular housing

The British government now needs to mandate modular construction, rather than just simply well-wish for it. Local government is already starting to do this, with the Birmingham and Leeds councils expressing their support. If Westminster legislated on modular manufacturing properly, helping to create a solid pipeline of work, this would give investors the confidence to pump money into the necessary factories creating the modular houses in the first place.