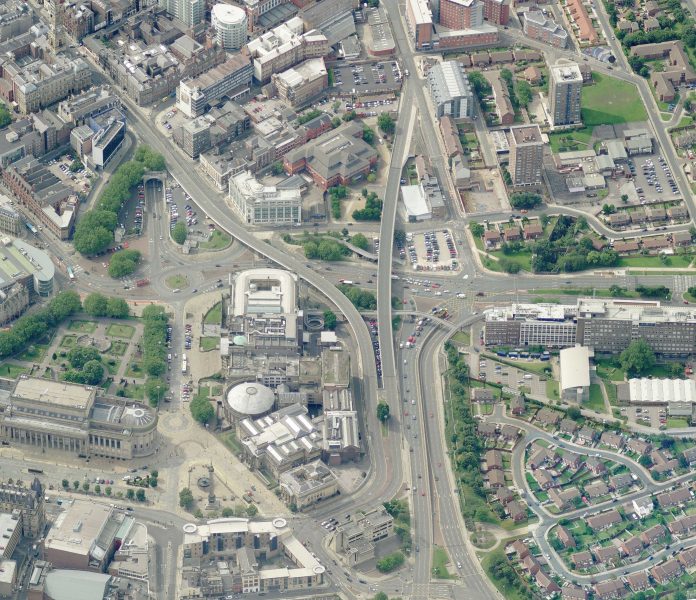 The methodology devised collaboratively by Amey Consulting, demolition contractor Graham Construction and other specialist contractors, will enable deconstruction without having to implement a three-month road closure on major roads servicing Liverpool city centre and the Birkenhead (Queensway) Tunnel.

The phased dismantling of the two flyovers has also been devised to minimise vibrations to protect antique art and cultural collections, as well as wildlife housed at the Walker Art Gallery, Central Library and World Museum Liverpool – all of which sit next to the south flyover.

Liverpool City Council approved the demolition after the two-lane highways were closed at the end of September 2018 following the discovery of construction flaws.

A Post-Tensioned Special Inspection (PTSI) report completed by Amey Consulting was handed to the city council in February 2019, following more than 140 different types of structural testing. The tests found multiple flaws including that the quality of the concrete and steel was poor, with tendons and ducts corroded and signs of structural distress including cracking over some supports. It concluded the structures could not be strengthened.

The first phase of the dismantling process will begin in early September 2019, with the taking down of the three footbridges that sit underneath the two flyovers.

Once removed, the focus of the engineering task will swing to the removal of the flyovers – each of which is more than 240m in length. This phase will involve heavy machinery removing individual spans in a pre-determined sequence.

Mayor of Liverpool, Joe Anderson, said: “The Churchill flyovers are a relic of a cancelled highways plan from half a century ago and given the overwhelming weight of evidence from independent experts about their safety, their removal was the only viable option. We simply have no choice but to take them down as soon as possible.

“This deconstruction is going to be a complex process. It cannot be done overnight and a lot of thought has gone into the methodology to ensure the inconvenience to city-centre traffic and surrounding buildings is kept to a minimum – but people need to understand that this is going to cause a huge amount of unavoidable disruption.”