Home Planning & Construction News Carillion: Work completed before collapse ‘at back of queue’ for payments

Contractors who completed work for Carillion prior to the company announcing its liquidation earlier this week will be at the back of the queue for payments, the construction giant’s liquidator has confirmed

David Kelly of PwC told a meeting with ministers and industry bodies including Build UK, the Electrical Contractors’ Association (ECA) and the Building Engineering Services Association (BESA) that suppliers who have undertaken work or supplied materials during the liquidation process will receive “commitment letters” guaranteeing payment.

However, work completed before Monday 15 January 2018 will be treated as “unsecured debt” and go the back of the queue.

Kelly also said sites that shut down when Carillion collapsed will remain “paused” until the situation can be evaluated and there is no timeframe for when, or if, work might restart.

The ECA and BESA are now calling for “full-scale reform” of supply chain and procurement practices in the wake of the Carillion crisis.

Banks have already said they will work with the government to support SMEs hit by Carillion’s collapse.

Stephen Pegge of banking industry body UK Finance said: “Lenders are contacting customers and, where appropriate, are putting in place emergency measures, including overdraft extensions, payment holidays and fee waivers, to ensure those facing short-term issues can be helped to stay on track.”

Elsewhere, business secretary Greg Clark has said HMRC will take a “flexible” approach to the tax bills of those affected.

Nevertheless, Paul Reeve, ECA director of business, warned that hundreds of specialist contractors across construction and services are taking a hit – and some may not survive.

“Everybody involved needs to work to prevent a repetition of this situation and part of that is a legal requirement to pay suppliers promptly,” he added.

Rob Driscoll, BESA director of legal and commercial, said: “We are encouraged that HM Revenue & Customs and the banks will take a sympathetic, long-term approach with specific provision for those hit in the wake of the Carillion crisis.

“We are, however, very concerned that the negative impact of thousands of unsecured SME supply contractor creditors will be unsustainable, creating tension with the government’s industrial strategy.” 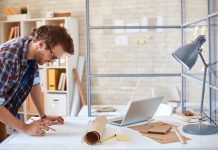