Construction contract award numbers increased by 81.4% to 477 in June pointing towards an improvement in industry conditions, according to Barbour ABI’s latest figures

The total value of construction contract awards in June 2020 was £2.2bn based on a three-month rolling average. 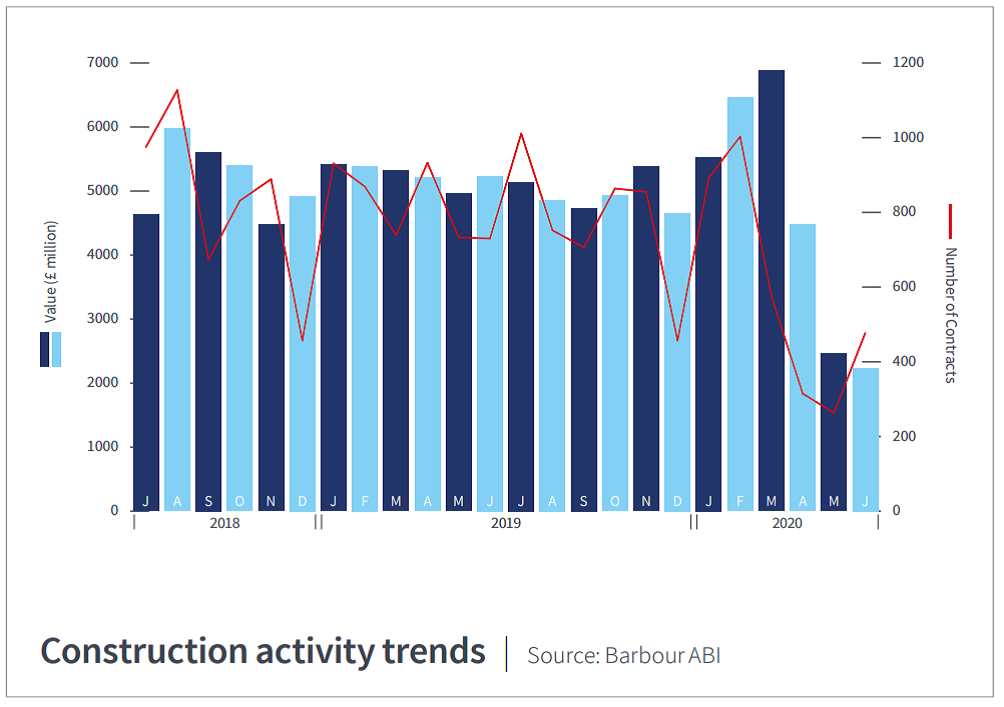 The residential sector again dominated the share of construction contract awards with a total of 33.9%. Despite this, the largest project awarded for June was the in the Infrastructure sector with the Gatwick Airport railway station refurbishment, valuing in at £150m.

Analysis shows that London has had the largest share of contracts awarded in June at 26.1%. This is followed by the South East at 16.4% and then the North West at 13.6%. Wales was again the smallest region with only 1.4% of awards.

Commenting on the figures, Tom Hall, chief economist at Barbour ABI and AMA Research, said: “The UK economy plateaued in May as the easing of some lockdown restrictions mid-way through the month failed to significantly increase output. In-month GDP growth was 1.8% after the 20% contraction in April.

“With the outcome underwhelming compared to city economists’ expectations of 5.5% growth, output remains 25% down compared to February.

“June’s figures published next month will give a better understanding of how quickly lost output can be regained as larger parts of the economy resumed activity.”