Other notable contractor activity for June came from Kier. They were the busiest contractor for awards this month, with a total of 13 projects. Kier was top of the table in the previous month and this month they sit in 14th place. In May they were awarded 12 projects at a total value of £397m, this month the 13 contract awards had a combined value of £63m, suggesting no significant change in quantity of awards, but a substantial drop in value.

Despite a less lucrative month for Kier, they still hold the top position in the rolling 12-month period with a total of 149 projects at a total value of £1.96bn. However, they are closely followed by Wates Construction, with 50 projects valued at £1.72bn. 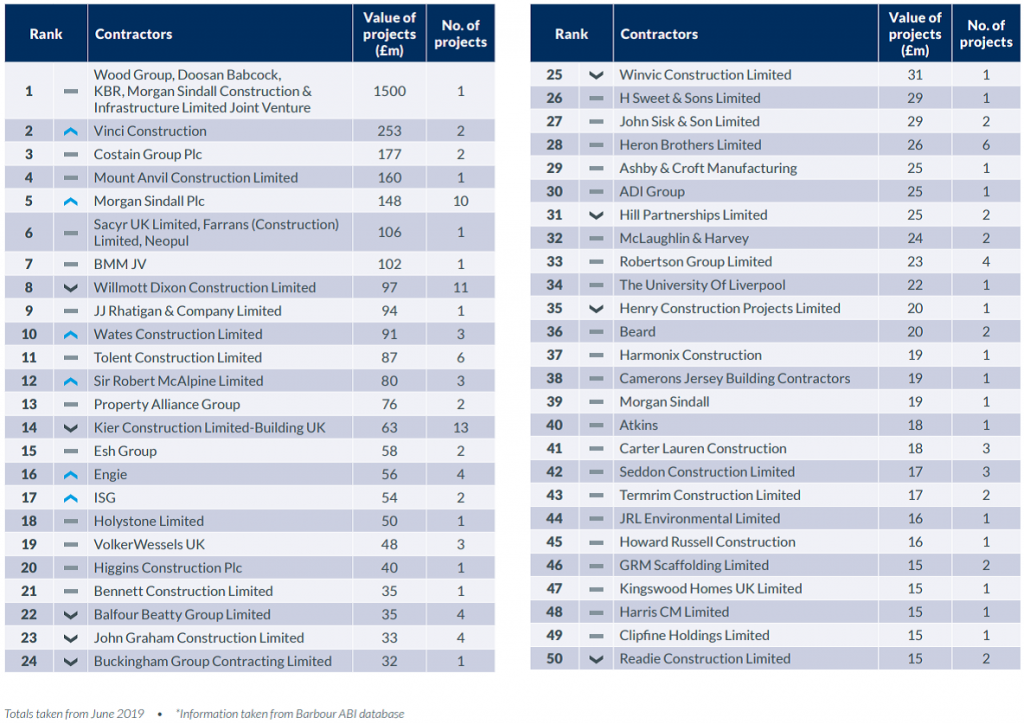 Tom Hall, chief economist at Barbour ABI said: “This month has been dominated by high-value projects, the top three contractors won five projects between them, as opposed to last month when the top three won a total of 19 projects.

“In June we have seen an increase of 42% on May in project awards values, largely due to the SRP Process Facility at Sellafield.”