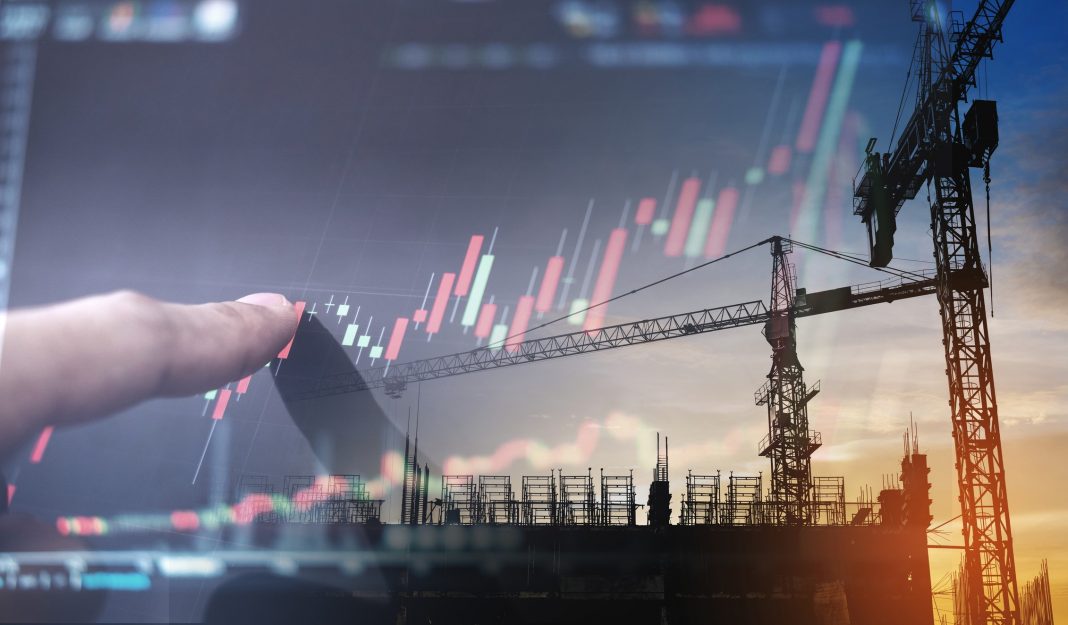 Construction output continued to recover following a relatively weak start to the year, increasing by 3.3% in the three months to July however, new orders declined by 6.5% in Q2

New construction output figures published by the ONS highlight the construction sector experienced three months of stable growth which was driven by growth in both repair and maintenance, and all new work, which increased by 5.3% and 2.3% respectively

Construction output also grew in the month-on-month series, increasing by 0.5% in July 2018, driven mainly by a 4% increase in new private housing work.

The recovery in construction output comes following four months of contraction at the start of 2018, attributed to both bad weather and project slowdowns in the wake of Carillion’s collapse.

In contrast, the only sector to provide downward pressure on output in the three months was public other new work, which fell for the sixteenth consecutive month, decreasing by £73m in July. 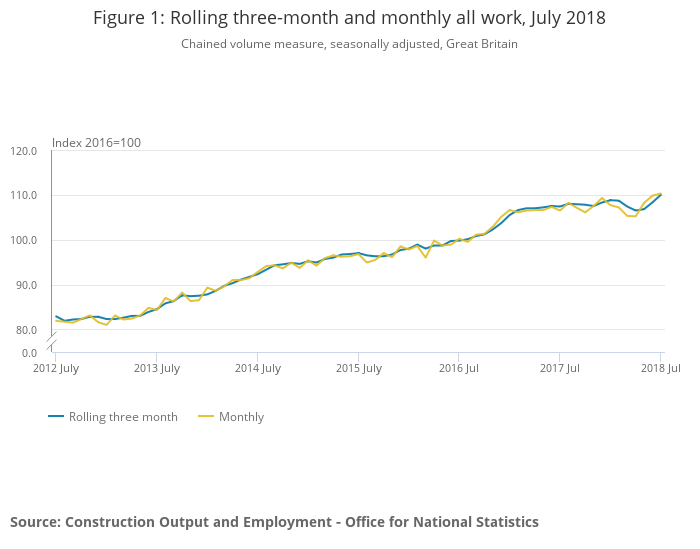 Total new construction orders declined 6.5% in Q2, decreasing for the third consecutive quarter, reaching its lowest level since Q 1 of 2013.

In contrast, the value of all other work new orders has remained relatively flat in Q2 2018 – increasing by 0.2% compared with the previous quarter – driven by increases in infrastructure and private commercial new orders. 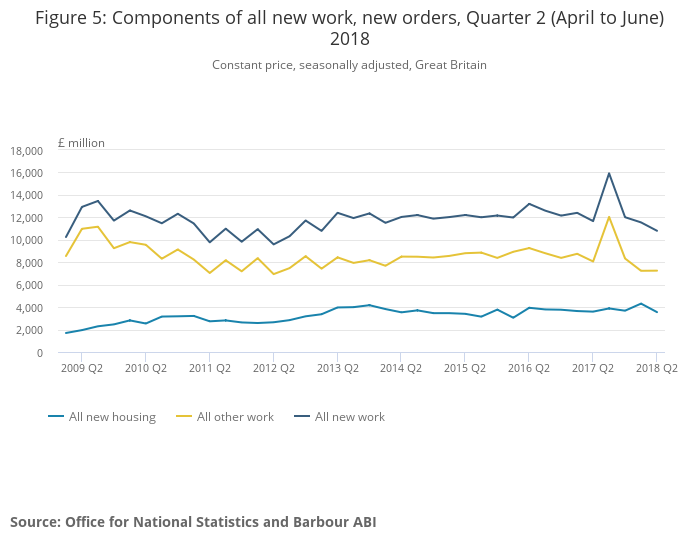 “Underlying growth remains fragile however, and the real test will be if this can be sustained in the months to come, given the uncertainty over issues like Brexit that have impacted on UK companies’ commitment to new projects over the last two years.

“In particular, separate figures published by the ONS recently show the lowest level of net migration from the EU since 2012, which has again raised concerns as to how construction will cope with a reduction of a skilled labour supply from the EU post-Brexit.  If sustained growth is to be realised, then the industry will need the workforce with the right skills, but this is far from clear at present.”