The value of new construction contracts in July reached £4.6bn, a 6.5% increase compared to June and the first month to see growth since March, according to the latest review from Barbour ABI

However, the two largest sectors, residential and infrastructure continued their slump in July with much lower activity levels, decreasing by 28% and 24% respectively compared to the same time in 2017.

The latest edition of the Economic & Construction Market Review from industry analysts Barbour ABI highlights levels of construction contract values awarded across Great Britain. The largest project in July was the £650m House of Commons Northern Estate Refurbishment Programme (see figure. 1), more than five times the value of the second largest project on the month. With only four of the top ten largest projects having a value of over £100m, there is a distinct lack of ‘mega projects’ that the sector is typically accustomed to.

Across the sectors, commercial and retail projects saw the biggest jump in figures, with a 67% spike in contract value compared to the previous month. This is largely thanks to the above-mentioned House of Commons Northern Estate Refurbishment Programme and the sector having three of the four largest construction projects in July.

The remainder of the industry was a mixed bag, with the education sector increasing contract value by 20%, whereas medical and health construction disappointingly decreased by 44% on the month.

Regionally it was London that led all locations for contract value in July, with 27.5% of the total, a much larger proportion than recently seen in the capital across 2018. Following London was the North West with 10.8% and then Yorkshire & Humberside with 9.4%.

Commenting on the figures, Michael Dall, Lead Economist at Barbour ABI, said: “Whilst it’s encouraging that the total value of construction contracts increased in July, the sector is still considerably underperforming compared with the figures seen in 2016 and 2017.

“Part of the issue could be attributed to the lack of ‘mega projects’, particularly in the residential and infrastructure sectors, as the value has been considerably hindered so far in 2018 with, of course, Brexit playing its part, as confidence continues to fall and developers and investors hold back on big construction investments.” 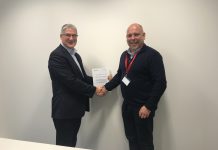 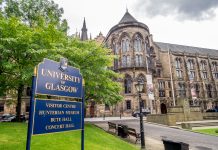 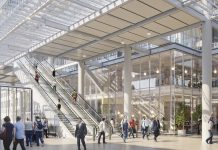 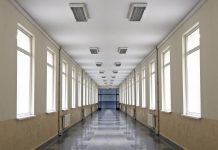