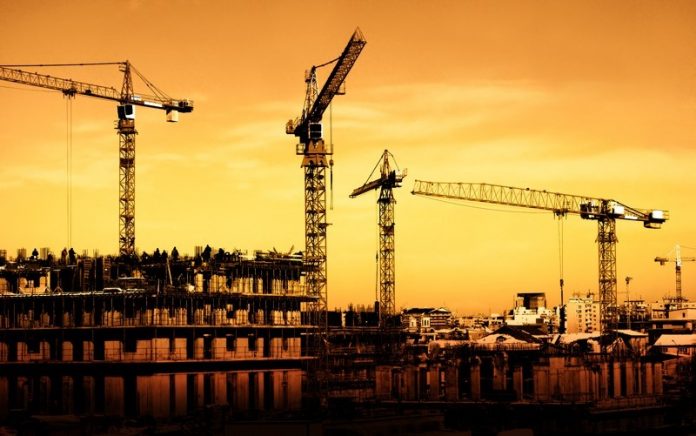 In what was an up and down year for construction, contract activity for new orders reached a total of £71bn in 2017, a slight increase on 2016, as infrastructure and residential housing strengthened the industry with £45.3bn of the total

The latest edition of the Economic & Construction Market Review from industry analysts Barbour ABI, highlights the levels of construction contract values awarded in 2017 across the UK. Residential housing was the dominant sector for 2017, totalling £24.6bn worth of contract value, with the largest project the North Quay Poplar mixed use development scheme worth £800m. Infrastructure came a close second with £20.7bn and had seven of the top ten biggest projects from last year, including two major HS2 developments.

Across the rest of the industry, the only other sector that saw positive growth in 2017 was hotel, leisure & sport construction with the value of contracts awarded in 2017 reaching £6.1bn, an increase of 28.1% from 2016. Construction within the commercial and retail, medical and health, education and industrial sectors each individually decreased in value for the third year in a row.

Regionally, it was London that led in 2017 with 20% of the UK total with a value of around £14bn. Major projects in the capital include the £900m HS2 Euston Tunnels & Approaches and the aforementioned North Quay Poplar mixed use development scheme, developing more than 1,200 flats alongside shops and restaurants. Following London was the South East with the second highest proportion of construction contracts by value in 2017 with 12% of contract awards.

Commenting on the figures, Michael Dall, Lead Economist at Barbour ABI, said: “Projects from the residential housing and infrastructure sectors provided solid foundations for the industry in 2017, as the need for more housing alongside the commissioning of HS2 boosted the total value of construction contracts on the year.

“In its latest forecasts the Construction Products Association expect zero growth in 2018, however, the industry is expected to recover by 2019 with growth of 2% currently predicted. The reason for the predicted return to growth in 2019 is because the deal with the European Union will be agreed, or at least the details will be clearer. This will create more certainty in sectors such as commercial which have been performing poorly in recent months. Clearly the recent collapse of Carillion has potentially far-reaching consequences for the construction industry but this is an evolving situation and the impact is hard to quantify at present.”