With just one project, Future Valleys came in at second in the contractor league table. The contractor secured works on a £513m dualling project on the A465 in Wales.

Up 16 places from last month, Willmott Dixon rounds off the top three with seven projects totalling £170m including extension works to a community hospital and construction of a 318-flat building in Bristol.

The latest edition of the contractor league table published by industry analysts Barbour ABI, highlights the number and value of construction contracts awarded during December.

This month shows that the combined value of contracts awarded to the Top 50 was just over £5.5bn with a total of 128 projects. 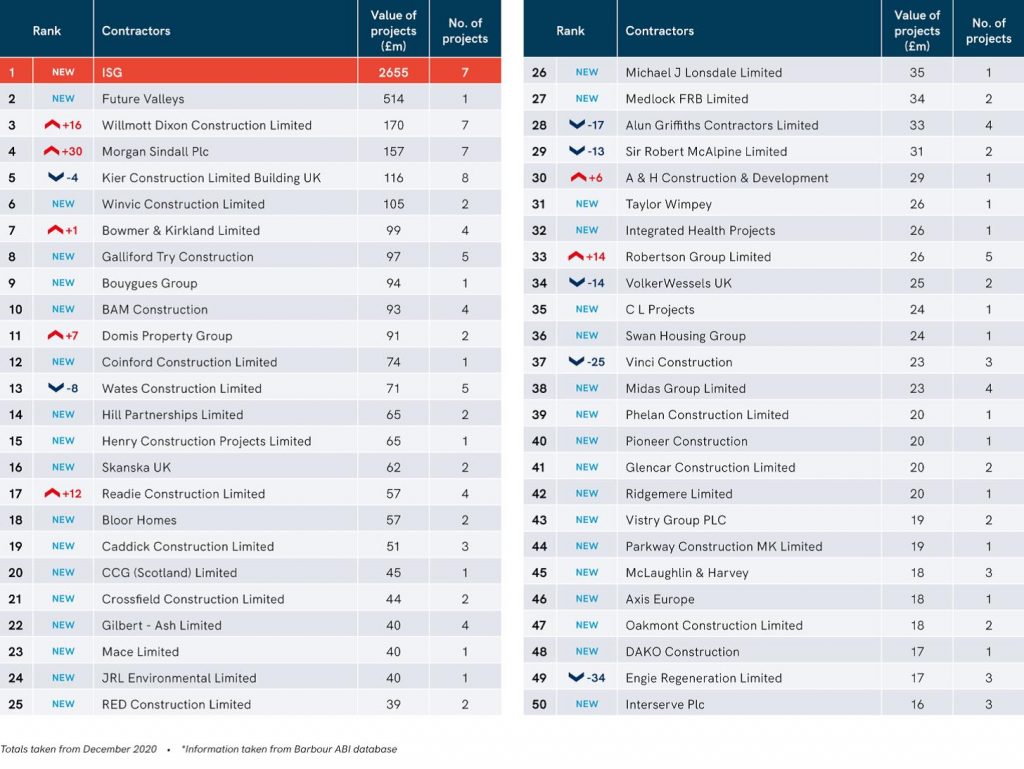 During December Kier Construction was the busiest contractor with a total of eight contract awards at a combined value of £116m.

ISG sits at the top of the rolling 12-month league table with 59 projects at a total value of £3.3bn.

“Over the beginning of 2021, uncertainty remains as the UK suffers under another Covid-19 wave and concerns arise over the newly erected EU trade barriers.

“Positively, construction activity should be relatively unaffected by the third national lockdown.”