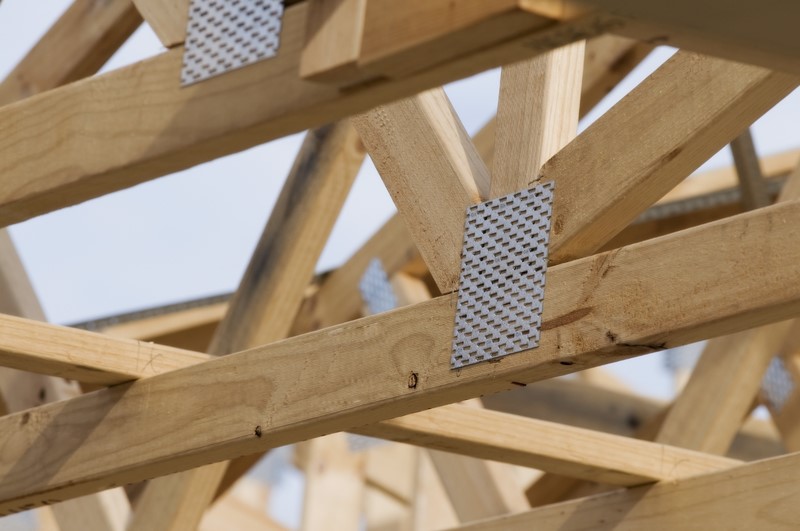 Work has been completed on a 10-storey carbon-neutral apartment complex in Dalston, London, claimed to be the “world’s largest cross-laminated timber building”

Architecture firm Waugh Thistleton say the Dalston Works project has used more cross-laminated timber (CLT) than any other building in the world, and at 33.8 metres tall, it is also among the tallest structures pioneering the use of engineered wood.

The external walls may be clad with brick, but their frames – as well as party walls, floors, ceiling, stairs and a lift core – are all made from just wood and glue. The architects calculated that the resulting structure is five times lighter than if it was made from concrete.

The lighter core allowed the team to build much higher on the site than previously thought viable, given its proximity to a planned route for Crossrail – a new railway line spanning London.

“Our building offers an exemplar solution to a demand which will only increase: the construction of high density, affordable and environmentally sustainable homes,” he added.

CLT is produced by layering three, five or seven pieces of timber at right angles and gluing them together. The resulting material is highly versatile, lighter than steel or concrete, and less carbon-polluting to produce.

The use of this material means the building will also be carbon negative for the first few years of its use.

The timber frame has 50% less embodied CO2 than a traditional concrete frame. It also locks in 2,600 tonnes of CO2.

“Dalston Works demonstrates the possibilities of engineered, cross-laminated timber as a cost efficient, and desperately necessary, viable alternative to the polluting technologies of concrete and steel,” said Waugh.

The prefabricated frame of Dalston Works was constructed offsite and delivered in pieces before being assembled.

The process took just 374 days to complete, and site deliveries were carefully orchestrated to avoid disruption to the local area.

Dalston works comprises a cluster of buildings between five and ten storeys, with the varying roof heights designed to allow daylight to reach the courtyards below.

The CLT frame has been covered by a brickwork facade, referencing the Edwardian and Victorian architecture of the neighbouring terraces and warehouses

The one, two and three bedroom apartments feature interiors designed by Conran and Partners, and are available furnished or unfurnished.