With many of the high street banks reducing their lending to developers, ‘challenger’ banks look likely to ride to the rescue. Marcus Higgins, national head of project monitoring at Naismiths, takes a look at how the development industry will evolve in 2020

A decade ago shock waves in the global financial system tipped the UK, and much of the world, into recession.

Here in Britain, the pain of what was soon dubbed the Global Financial Crisis (GFC) was eased by a new, agile breed of financial institutions – the challenger banks. They emerged to keep the wheels of finance turning, and in so doing broke what had previously been a monopoly of ‘super banks’ dominating the financial markets.

Ten years on, and the echoes of both the problem and its remedy are uncanny.

A cautious approach to development finance

Faced with Brexit uncertainty, softening house prices and the impossibility of predicting Britain’s political or economic future, many high street lenders are taking a cautious approach to development finance. And yet once again the challenger Banks are successfully stepping up to meet the market’s ongoing demand for such finance.

While not nearly as bad as the abrupt shuttering of their lending a decade ago, the mainstream banks’ appetite for ‘new to bank’ clients is limited, so it’s hugely reassuring to see that the challengers continue to lend. Their desire to do deals – especially on residential projects – remains undimmed.

Funding from the challenger banks played a key role in powering a £156m expansion in new residential construction during the third quarter, according to the ONS.

Together, lenders like Aldermore, Oaknorth, Shawbrook and Paragon are playing a vital role in keeping British housebuilding on track.

Aldermore – which was founded in 2009 and forged in the fire of the Global Financial Crisis – continues to innovate. In August, the challenger bank launched a VAT financing product, which covers the cost of any VAT incurred by the purchase of land or property. This provides a welcome addition to any primary loan, and enables developers to smooth out their initial cash-flow commitment.

In the same way, OakNorth – founded in 2015 by Rishi Khosla and Joel Perlman – is another significant player, which despite its youth has built up a strong pedigree in providing development finance for midcap and SME developers alike.

In some ways, the raison d’etre of the challengers has always been to lend where the big banks cannot or will not. Much of their success is due to their agility and pragmatism when it comes to assessing a development project’s prospects.

Different though their approach may be, it has always been accompanied by robust due diligence. The challengers began life not just by filling the gap left by the big banks, but also learning from their mistakes.

In my role as Naismiths’ national head of project monitoring, I work with a number of specialist lenders and challenger banks, serving as their ‘eyes and ears’. It’s my job to make sure a proposed development is consistent with the funds that are being requested by the developer or housebuilder.

As well as the initial due diligence, there’s an important ongoing surveillance role too. As the lender’s ‘boots on the ground’ during the construction phase, I make sure that the funds provided are being used correctly, and on the right stage of the development.

But it’s also important to keep sight of the bigger picture. Often developers will have multiple funders, each of which will be exposed to a share of the whole. A senior lender will typically not provide more than 60–70% of the Gross Development Value.

Such splits of course limit a lender’s exposure to project risk or market volatility. But they may also lead them to focus more on their individual return than on the project’s overall success. Having an impartial observer who can keep them abreast of the project’s progress, and if necessary serve as an early warning system, is therefore essential.

From the developer’s point of view, forging a good relationship with your funding partner is just as vital. Collaboration, trust and transparency – on both sides – help forge long-term bonds that can underpin project after project.

The challenger banks are here to stay and have proved their commitment to the residential development market in both good times and bad. Developers who engage with them openly and honestly can expect to find a partner as much as a lender, giving them the freedom to focus on what they are good at rather than getting bogged down in the finances.

The challenge for these lenders going forward is to keep their loan books clean, clients happy and to maintain a high level of customer service. If this continues, there’s no reason why challenger banks won’t be leading the development market in five years’ time. 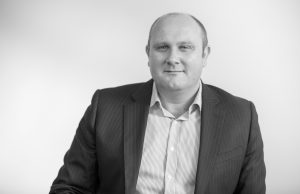