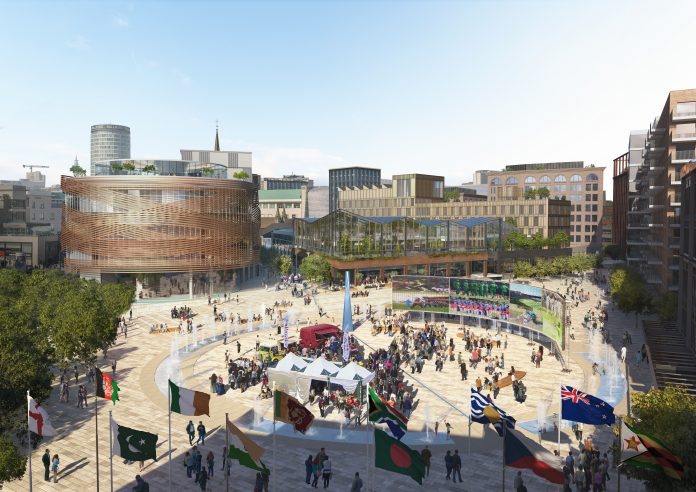 Lendlease has been announced as Birmingham City Council’s development partner to deliver the £1.5bn transformation of the Birmingham Smithfield site

Development partner Lendlease will form a contractual joint venture with the City Council and lead the creation of an urban quarter that includes a new home for the city’s historic Bull Ring retail markets. The development will incorporate a unique family destination including a leisure and cultural offer, a new public square, integrated public transport and more than 2,000 homes with a public park and community facilities.

As one of the areas of transformation, Birmingham Smithfield is located directly adjacent to the Bullring and New Street Station; a short walk from the new High Speed 2 (HS2) City Centre Terminus Station which is set to open in 2026.

Councillor Ian Ward, the Leader of Birmingham City Council, said: “We are extremely excited to be working with Lendlease who are an internationally leading developer with a proven track record of bringing forward major development schemes. The delivery of Birmingham Smithfield will be a major boost for Birmingham.”

Waheed Nazir, Corporate Director for Economy, Birmingham City Council, said: “Birmingham Smithfield is the city’s most important redevelopment opportunity. The site is the location where Birmingham first developed and where its future will now be defined.

“The calibre of bidders that have been attracted through the procurement process has shown the strength of the City as a place to invest. Lendlease has the capabilities and resources to realise the city’s vision and deliver a truly transformational development scheme.

“Working with Lendlease we will be creating a new family leisure destination complemented by an exciting mix of cultural facilities, independent retail and business space. This will create a major attractor for residents and visitors. The scheme will have an emphasis on green infrastructure alongside community facilities and affordable housing.”

Dan Labbad, CEO at Lendlease, Europe, said: “Smithfield is the birthplace of Birmingham, known for its markets which have always been at the heart of the city. Much like Birmingham itself, the area is brimming with creativity and opportunity.

“Our plans for the redevelopment will respect this heritage and bring more jobs, homes and environmental benefits to the area and the people of Birmingham.”

The City Council will now work with Lendlease to finalise the terms of the partnership, commence the preparation of a planning application and produce a business plan for the site’s redevelopment before the formal award of the Birmingham Smithfield Development Partner contract. This is anticipated to happen by late 2019 with development expected to commence in 2022.