Home Planning & Construction News Is force majeure a “get out of jail” card for contract disputes?

Adrian Aston, head of dispute resolution at construction consultancy Naismiths, examines what force majeure is, why so many disputes are focused on it this year and what it means for both suppliers and clients

2021 will be the year in which the full economic – and legal – fallout of the Covid-19 pandemic becomes clear.

The courts are braced for a wave of disputes between businesses affected by the UK’s lockdown restrictions. Whether that’s retailers renting shops they couldn’t open, from landlords who were unwilling to reduce their rent, or businesses that placed orders with suppliers only to see them delayed, the common theme is “who picks up the tab for my losses?”

As you’d expect, the financial chaos inflicted by the pandemic has got many businesses poring over their contracts, in search of any loopholes that might ease their financial commitments.

This is especially true in the construction and property sectors, in which the interactions between companies are invariably governed by long-term and high-value contracts.

While wrangles over leases hit the headlines in 2020, this year is set to see a surge in the number of disputes over construction projects that were delayed by lockdown restrictions.

Clearly, the stakes with expensive capital investments are high. If a company commissions the construction of a new factory or the refurbishment of an office, and the project is completed late, it may incur substantial losses.

In the most extreme cases, the impact of a delay can be devastating. For example, the developer of a student accommodation block will have built its business case around receiving annual rent from students. But if the building work is not completed in time for the start of the academic year, all that rental income is likely to be lost.

The construction sector is underpinned by a web of contracts, with the end customer sitting atop a supply chain that includes the main contractor and multiple subcontractors, as well external experts such as architects, surveyors and project managers.

These contracts are often standardised, with those published by JCT and NEC being the most commonly used. A majority of JCT contracts include a clause about force majeure, and NEC contracts also have a section which amounts to the same thing.

Technical as they are, these clauses have been thrust centre stage by the pandemic. Once an obscure legal term, force majeure is set to be the flashpoint of hundreds of legal battles in 2021.

Depending on which side of the argument you stand on, it’s either a red herring or a ‘get out of jail’ card.

What is force majeure and what could it mean for you?

For those whose French is rusty, force majeure is a dramatic and unforeseeable event that overrides a party’s contractual obligations. This is usually taken to mean war or earthquake, but its scope is often vague or undefined, as it is intended to encompass outlandish and unprecedented events once described as ‘acts of God’.

With so much at stake, a lot of legal brains are currently wrestling with the question of whether the Covid pandemic counts as a force majeure event.

Most construction disputes arise when the client – i.e. the business or person who commissioned the building work – is not satisfied with its quality, or when the work is completed late.

Standard contracts typically include a clause that allows the client to claim damages from the contractor if the work is not completed by a pre-agreed time.

By way of example, I recently worked on a dispute between a developer and a contractor who finished a building three months behind schedule.

Following the contractor’s failure to complete the construction on time, the developer levied ‘liquidated’ damages of over £500,000 to compensate for its loss of valuable time, in which a completed building could have been generating revenue.

However, the contractor seized on a force majeure clause in the contract, arguing that the pandemic had prevented it from completing the work on schedule. As a result, the dispute was referred to Adjudication.

The contractor’s case was a beguiling one – that force majeure should trump the damages clause and absolve it of any financial penalty for late completion.

Sadly for it, the Adjudicator in the case did not agree, concluding that the contractor bore at least partial responsibility for the delay and ruling in favour of the developer. The contractor now has the option to take the case to court, and we can expect similar battle lines to be drawn in countless other legal disputes.

To be fair, it’s a finely balanced debate. While the government has allowed construction work to continue for much of lockdown, strict social distancing rules mean fewer workers can be on site together. The resulting decline in productivity, coupled with interruptions in supplies of building materials – particularly imported components like lifts – has compounded delay pressures.

Contractors facing such challenges might therefore be forgiven for clutching at force majeure as a way to get themselves off the hook. But this previously little-known legal concept is far from a free pass.

For now, two things are certain. In future, contracts are likely to be more explicit about how a pandemic might affect the agreement, and there will soon be a lot of high stakes legal battles as the courts weigh up where the ultimate responsibility for such expensive delays lies. 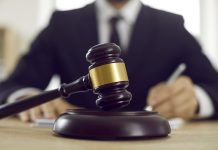 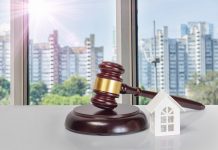 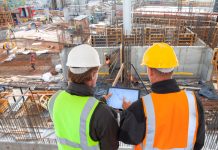 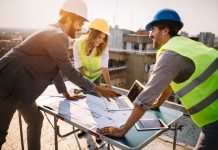 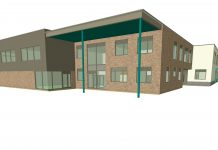