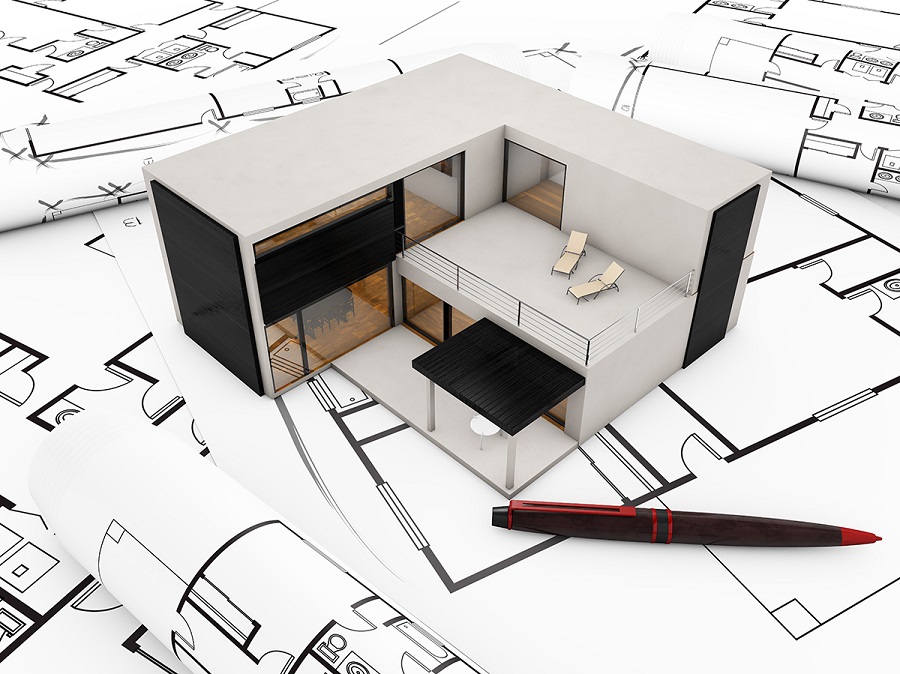 PBC Today’s Lisa Carnwell gains an insight into the man leading the charge for offsite construction, in an interview with new Buildoffsite Chair Andrew Dix

Andrew Dix, entrepreneur, businessman, aerobatic pilot, and straight-talking Yorkshireman is the new Chairman of Buildoffsite. He takes over the reins from Richard Ogden, who led the organisation for more than 12 years, growing it to its current membership base of more than 100 organisations and establishing it as a credible and industry leading membership-based organisation promoting the use of offsite construction.

Andrew is no stranger to a leading role such as this. He began his career with Marshalls PLC in 1982 before becoming MD of its subsidiary companies in 1994. He is the former MD of Charcon Construction Solutions Ltd, a joint venture subsidiary of Aggregate Industries. Also, Andrew is a past President of the British Precast Concrete Federation (BPCF) and past board member of the European Federation of Precast Concrete (BIBM) in addition to many more accolades mentioned in his biography.

Our conversation began by discussing what offsite solutions can deliver regarding housing, build quality, the minimisation of waste and sector productivity. Andrew referred to the Autumn Statement in which the Chancellor announced the National Productivity and Investment Fund (NPIF). The NPIF will be targeted at four areas of spending and will spend £23 billion between 2017/18 and 2021/22. The four priorities for the NPIF are housing, transport, digital communications and research and development. The government has also announced, as part of its £500 billion-plus infrastructure investment pipeline that £7.2 billion will be available to support the construction of new homes, showing a clear recognition that the housing crisis is on its radar.

Andrew said: “There’s a housing crisis in this country, and I’m passionate about tackling that. I’m passionate about getting rid of the waste and the delays on site. For example, I’ve heard a statistic that for some house builders, one in every ten houses they build is wasted. They order too many, or the wrong kind of materials, so there’s 33% waste on materials and 50% waste on labour as workers stand around just waiting for things.”

It’s a staggering figure and a good example of why Andrew is passionate about systemisation. He looks at the examples set out by car plants such as Jaguar Land-Rover, Nissan or Toyota, where assembly line production has been tackling waste, inefficiencies and quality control for decades.

“Why in 2016 when we have modern methods of construction and proven processes control from the car industry, why are we not using assembly line production?” he argued.

Andrew also sees health and safety as a primary issue and one about which he is extremely passionate, so I asked him how offsite construction enabled design and assembly can improve the health, well-being and safety for construction workers?

“This is the big angle; when Judith Hackett was the Chair at the HSE, she visited my roofing company and said 6,000 people have life-changing injuries per year falling off roofs. This is something which must be tackled. But they can’t fall off a roof if the roof is on the floor. It’s not slippery, wet or cold, and they don’t get fatigued. The health and safety benefits of an environment that is controlled should not be hard to see. That’s why I took the job at Buildoffsite because my job now is to influence government. It’s something I’m really passionate about.

“When I was President of the British Precast Concrete Federation (BPCF) we did a lot of work with the HSE on Code of Practices for the industry. My company at that time also produced an annual DVD that went to all the employer’s homes so their families could watch it – to understand safety at work and what their family members did at work (and what they should and shouldn’t do).

“Buildoffsite are now starting to lead a new project. The HSE have asked me to lead a group for Buildoffsite to produce a Code of Practice for the safe installation of large modular units on site, which will be presented to their chiefs in six to nine months.”

Andrew went on to say: “No other industry in this country finds it acceptable to hurt people except the construction industry, and that can’t go on.

“I’ve had as many as 3,000 people work for me, and the message is: they all go back home in the same condition that they came in in the morning.”

“I’ve already got support from people like Laing O’Rourke and other major contractors who want to be part of it. Buildoffsite members can use the Code of Practice as their benchmark to be measured against.” He continued.

It’s no surprise to say that the construction sector at large has remained stifled with low productivity and a great deal of waste. A step change is required that challenges ‘tradition’ and shows the positive changes of transferring on-site operations to a quality controlled environment. So I asked Andrew what the obstacles were in promoting offsite construction methods. Is ‘traditional’ construction an entrenched idea, and how will Buildoffsite change this?

Andrew believes that change will come from leading by example. He said: “It’s called ‘come and have a look at what good looks like’. The past Chairman, Richard Ogden, has done a good job bringing the idea of offsite construction from the fringe to the centre. My job in the next few years is to help demonstrate what good looks like regarding the efficiencies and speed that can be achieved. I will also work to ensure that for the members of Buildoffsite, we create opportunities for this collegiate fellowship of like-minded people to win more work. There are some naysayers that will say we’ll always do what we’ve always done and we’ll always get what we always got. But the people inside the tent, who are the gamers of the future, have a different view.”

As a board member of BIBM (the European Federation of the Precast Concrete Industry) representing the UK, Andrew has seen at first-hand how our European friends see offsite construction as their ‘traditional’ approach to construction. In Holland and Scandinavia, it’s seen as the ‘norm’. He reflected how he felt embarrassed by the efforts of the UK to adopt offsite construction, citing the example of a Belgian whose company completed the Tate Modern in modular construction.

“If we don’t do something here and keep modular and offsite construction in this space, the Germans, French, Belgians and the Dutch, etc., will start to bring materials here in larger volumes, and it’ll be to the detriment of the economy. That’s one of the beauties of construction, out of every pound spent, 74 pence is recycled in the UK – which adds more value.

“Let’s get Britain building modular and offsite construction and fast!” he urged.

Andrew cited Legal and General as one company who are clearly seeing the benefits that modular construction can bring. They are building a factory near Leeds to construct timber houses for their own portfolio. And why wouldn’t they? Andrew continued to say:

“Traditional building and construction companies in this country – be warned, be careful. New entrants will come into this market from ‘left field’ like Aldi, Tesco and Virgin. Why wouldn’t they capture supply chain profits by building and renting houses? There are several companies that have spoken to me about the potential for building and operating housing or flatted developments. Could you, for example, imagine living in a Virgin house with your Virgin buy-to-let, or your Virgin shared ownership, with your Virgin car loan, fibre-optics and devices? That’s controlling any young person’s total income, and they are not frightened to go into this space. My father said to me to buy land because they aren’t making it anymore”.

This is a vision of the future that could be a reality. Andrew passionately believes that in the next ten years, construction in this country will change beyond all belief and that “people have to start saying the truth about what will happen”.

We also need to recognise the growing skills gap in the UK and brace ourselves for whatever Brexit will mean. But the offsite sector could hold an answer. Andrew believes we should “de-skill and take construction into the factories. It gives the lower skilled workers the opportunity to get on at the same time as giving further opportunities to skilled people.” 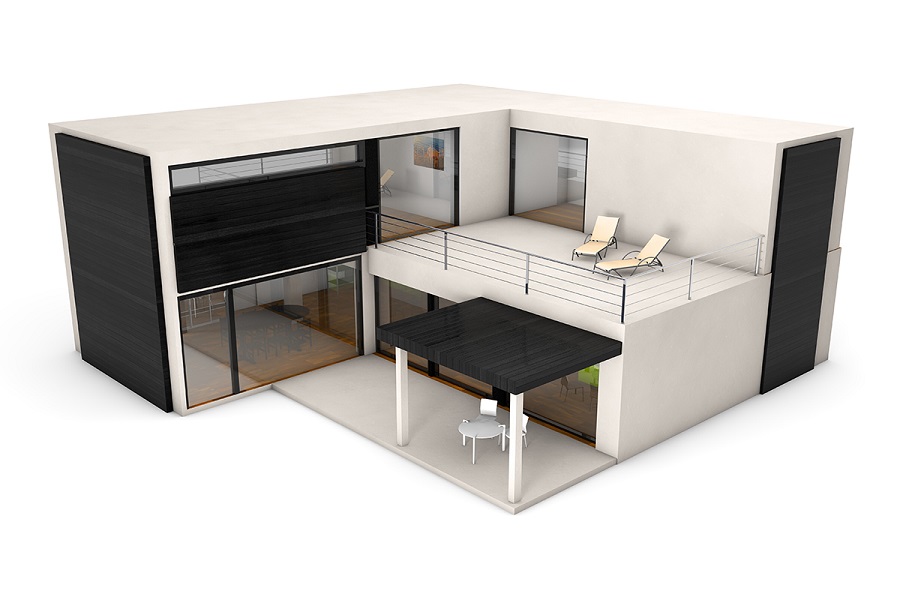 To that end, we discussed how to ensure that designers and clients become aware of how offsite methods of construction can deliver benefits.

“My job over the next 5 to 10 years is to pull our socks up and get people involved,” Andrew said.

“The downside is that for the traditional contractors, it will take time. They will see the benefits, as will the clients. You only have to look at businesses like GlaxoSmithKline and Legal & General who are investing £56 million in their factories for modular construction. They will do it themselves because they can’t afford to wait.”

There are many examples of where modular construction has worked for decades, the classic being McDonald’s which can go from flipping the first sod of soil to flipping burgers in 48 hours, with all the kit inside.

Buildoffsite is now being approached by the military to solve some of their deployment issues. Andrew explained:

“The Americans turned up at Bastion with modular buildings and our guys were in tents. Why don’t we have modular buildings? We are facilitating with the MoD now to look to the future for potential deployment, examining what a modular village should look like. I can tell you that it isn’t just site huts!”

The future for offsite construction

We hear a great deal about ‘Disruptive Innovation’ in construction and the need for the industry to embrace digital and Lean methodologies. I asked Andrew how offsite construction fits into these ideas and where the future lies.

Buildoffsite has developed industry-led hubs in the water, refurbishment, rail, education and housing sectors for greater focus, but Andrew is a forwardthinker and has also set up a Digital Hub. It consists of all the BIM folks but also the gamers, which are tomorrow’s constructors. Funding will be available for this hub as Andrew believes that “funding out tomorrow’s generation is something we don’t do enough of.” He said:

“Around 50,000 people leave the construction industry every year in the UK, and we find it very difficult to get young people into it. It’s safe to say children like my 6-year-old grandson play with Lego every day – they play Minecraft on an iPad, and they build towns and cities in SimCity. This digital world is second-nature to them. Our Education Hub will involve us visiting universities and colleges and assist with encouraging tomorrow’s specifiers and contractors in the Buildoffsite methodology.

“I’m currently mentoring a graduate from Brunel, and I learn as much from him as he does from me. We will also have some experts coming into the Digital Hub that are former data warehouse people.

They can build a dashboard to track the performance of a business minute-by-minute. It’s already been done for Crest Nicholson who can now monitor waste on site in real time. But we need gamers for this – not me – I couldn’t do it.” 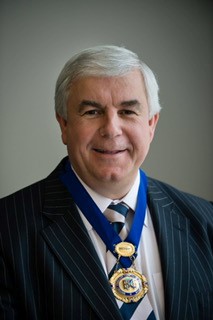